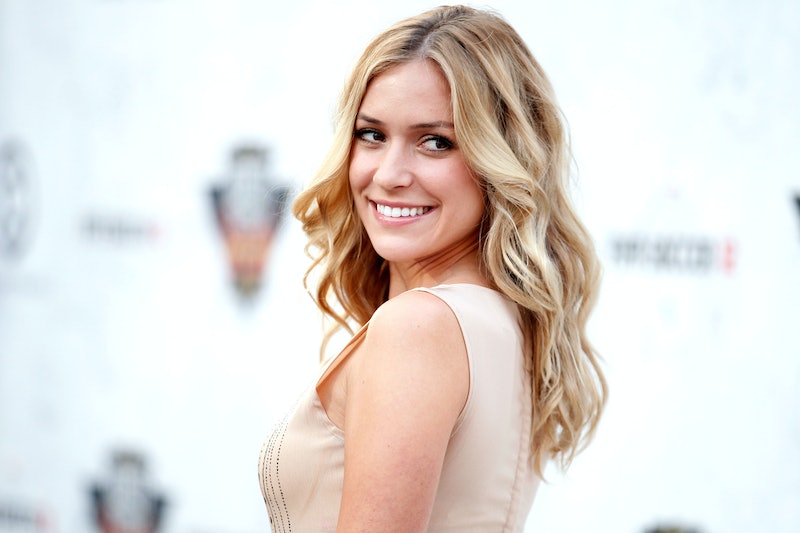 This former star of The Hills isn't wasting anytime when it comes to expanding her family. Kristin Cavallari is pregnant with her third child, the reality star announced Monday via social media. Through the Kristin Cavallari App, the reality star shared an adorable photo, where she posed with her hands forming a heart over her tiny baby bump, while her two sons sat behind her in wagon. She and her husband, NFL player Jay Cutler, are beyond thrilled for their impending arrival, as Cavallari captioned the photo:

We're at it again! Thrilled to announce baby number 3 is on the way! The cutler crew just keeps growin'!

The couple is already proud parents to two boys, Jaxon Wyatt and Camden Jack. Cavallari, who will forever be known as foe to Lauren Conrad on Laguna Beach and The Hills, loves sharing photos of her sons on social media. If you check out her Instagram, there are tons of pics. There's no doubt she is over the moon for her little boys.

Did anyone else expect Cavallari out of the entire Hills and Laguna cast to be a mother of three so quickly? Me either, but good for her. Cavallari always did her and never let anyone tell her otherwise.

Congrats to Kristin and Jay on their exciting news!