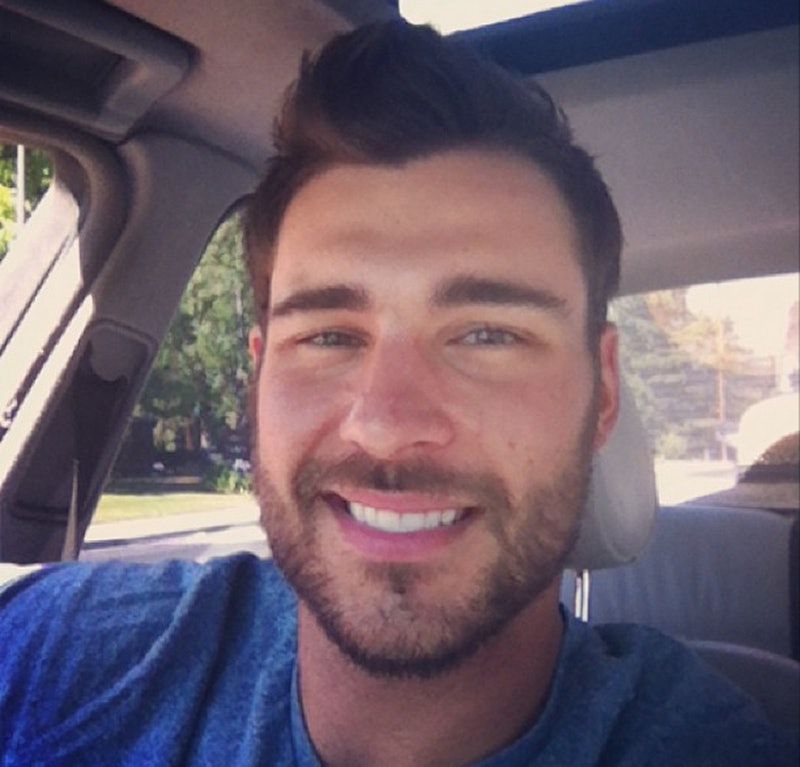 On Monday, Bachelorette host Chris Harrison has revealed the contestants for the Double Bachelorette season. Some of these guys rise to the challenge, Harrison says, while others do not. Among his picks are Clint Arlis, the cocky architect, Joe Bailey, a wholesome Kentucky boy, the analytical Ian Thomson, and Chris Strandburg, a nice guy dentist. Another one of Harrison's picks is Ben Zorn, a fitness coach from California. Ben, whose full name is Benedikt and who is of Austrian descent, is an all-around athlete. He works as a personal trainer, motivational coach, and nutritional advisor, and he apparently played football at San Jose State University. In addition to apparently showing off his body often, he has a sad and inspiring back story, according to Harrison:

One of his big stories is the untimely death of his mom and how it affected him and how much that has made him ready to devote himself to a loving wife. That’s a story you will see play out throughout the show. He is a sweet, good man who has a big heart. I guess he was a big guy, upwards of 300 pounds, and after his mom’s death shook him up, he got his life and health in order. He has such a good perspective on life and I think audiences will fall in love with him.

Evidence of his devotion to fitness, and to his mother, is apparent on his Instagram, which is full of inspiring messages, fitness tips, and, yes, his toned body. On Sunday, he posted this to honor his mother:

Not to mention he advocates following his dreams:

He also apparently knows how to do romance:

And, of course, the obligatory shirtless pics, a must have for any Bachelorette candidate.

Presumably, his back story will play a role on this upcoming season of The Bachelorette, which will air on May 18. Not only is it as heartwarming as it is relatable, it sounds like exactly the kind of thing that he and the Bachelorette might end up bonding over if he chooses to open up to her about these hardships in his life.