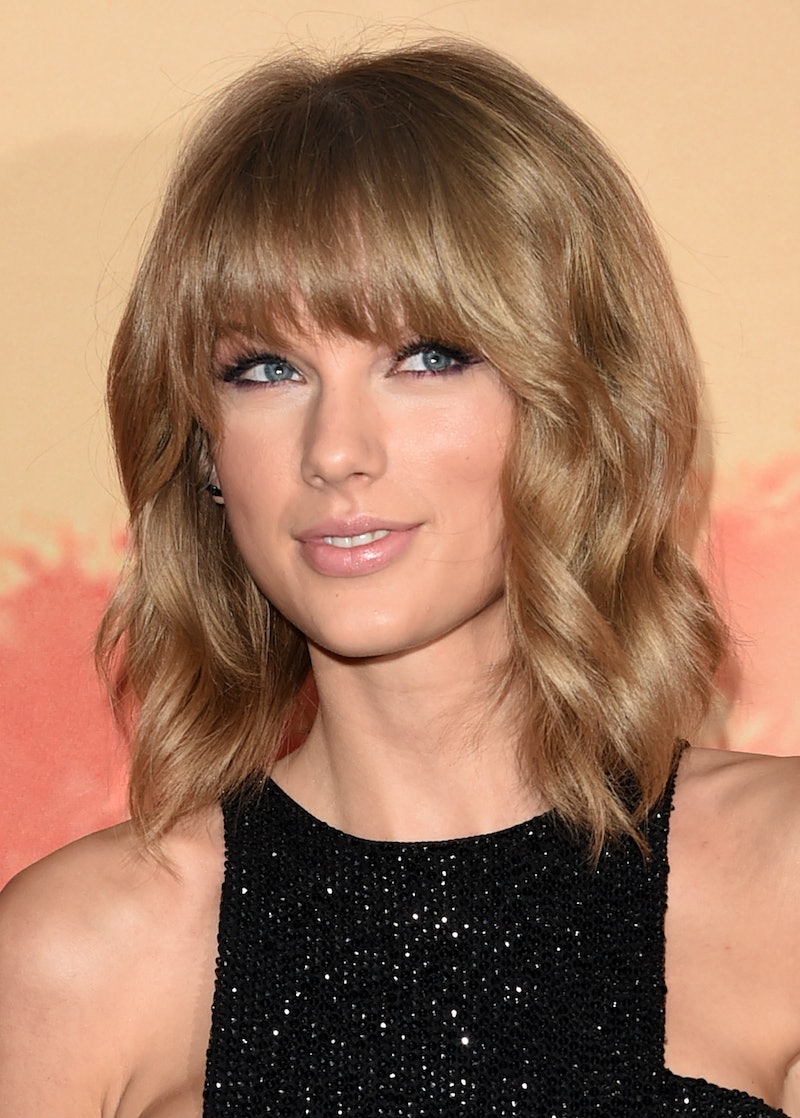 Taylor Swift sure knows how to leave us wanting more. As the premiere date for her new music video "Bad Blood" draws near, Swift has been teasing us with numerous promo posters on her social media and fans just can't get enough. Not only does the video itself look super killer, but the ever-growing list of leading characters are to die for.

It seems like T-Swift is pulling out all the tricks with this one, as almost all of her star-studded besties are making a special appearance for the music video (from Ellie Goulding to Lena Dunham) — and adding his name to that list is none other than hip-hop artist, Kendrick Lamar. Now we knew Swift was a huge fan of Lamar, but we had no idea the two artists were that close!

Now we know that Swift is all about her iconic collaborations, but this one is unlike any other. Over the past year, the two artists have done nothing but sing each other's praises and now they are finally putting it in a song (well a music video to be exact). Here is an account of Swift and Lamar's journey from fans to friends.

When She Played His Music During Her Rolling Stone Interview

Swift showed she was a huge fan when she told the reporter for her Rolling Stone interview that Lamar's "Backseat Freestyle" was her go-to jam.

When Lamar Was Happy That Taylor Was a Fan

The same week Swift's interview came out, Lamar told reporters that he appreciated her support. "Some people always try to lock it down and categorize it for one particular listener," Lamar said. "But it moves all, even people from other genres."

When Swift Applied His Lyrics To Everyday Life

In celebration of 1989's success, Swift took to her Instagram account, lip syncing these Lamar lyrics. Disclaimer: she knew every word.

Not only did he praise Swift's career in his interview with FADER, he even paid homage to the singer by covering her single.

When Lamar Hinted a Potential Collaboration

Lamar took things one step further when he told Billboard he could definitely see himself working with Swift in the near future. So glad that became reality!

When Swift Lost Her Cool Over Lamar's New Album

The tweet explains it all. Swift responded to the early release like we're currently responding to her music video promos.

Swift literally changed the game when she revealed that Lamar would be featured in her upcoming music video. And just like that the two went from fans to best buds.