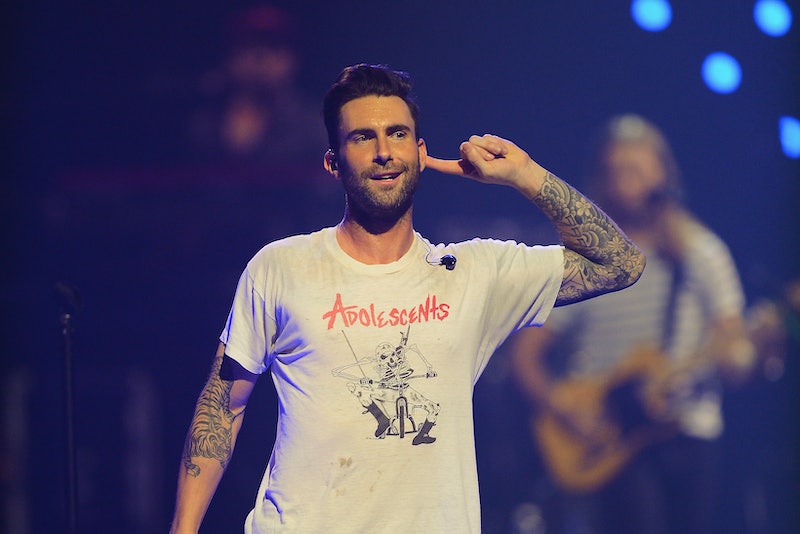 Here's a sign of the end times for you: Adam Levine of Maroon 5 is designing a line of women's clothing for Kmart.

Levine's line of Kmart menswear may be the retailer's most successful celebrity collaboration to date — Bernt Ullmann, the president of Kmart's parent corporation, enthusiastically told WWD that "there is nothing on the floor that is not working." The line is classic hipsterwear — flannel button-downs, Henley shirts in colors like "Cabernet," and the obligatory Fair Isle-patterned beanie — and it's filling a gap in Kmart's consumer base. As Ullmann said:

The white space [that Levine's line is filling] is for that younger, upwardly mobile Kmart customer that wants a cleaned-up lifestyle product that still has a contemporary feel to it. That’s not really covered on the floor today.

All well and good, but success in menswear does not mean success in womenswear.

Levine brings three things to the table here: He's proven he can sell clothes for Kmart, he has a "strong female following," and his "high-profile" fiancée, Victoria's Secret model Behati Prinsloo, will help out with designing the line — lending a woman's touch, we can only presume. But unlike his menswear line, this collaboration won't be filling a gap in the market. There are plenty of hipster clothes for women at extremely low price points already; you can find them at mega-retailers like Forever 21, and even Kmart sells their share. Exhibit A: a Kmart t-shirt featuring a cat in sunglasses.

Celebrity collaborations are really getting out of control. Adam Levine is famous for catchy songs, womanizing, and shirtless photo shoots — what's next, John Mayer designing a line of lingerie? Ew.

See, when celebrity collaborations become truly respected, it's because something intuitively clicks between the celebrity and the brand (like the Olsen twins' Elizabeth and James perfumes + Sephora). But Adam Levine and female clothing? What's intuitive about that? Having a female fan base and a stylish fiancée does not a womanswear designer make. The collection will probably be surface-level cool and annoyingly successful, but let's call it like it is: Two big brands trying to make a buck.