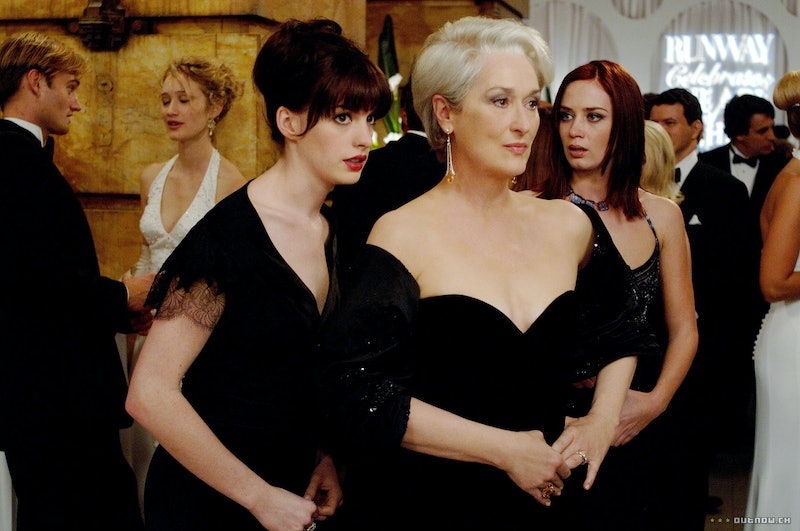 Broadway producer Kevin McCollum is turning the Devil Wears Prada into a broadway musical. That's right. The book by Lauren Weisberger based on the life of Anna Wintour's assistant, that was turned into a hit movie with Meryl Streep, Emily Blunt and Anne Hathaway, will now be turned into a play.

In 2013, McCollum partnered with 20th Century Fox to get the rights to make two of their popular films into plays, specifically Mrs. Doubtfire and more importantly, the Devil Wears Prada. Naturally, everyone is wondering if Meryl Streep will make the decision to come back to the stage and play Miranda Priestly, because honestly, no one can do it better than her. Not to mention Streep has talked about wanting to do live theater again...

Regardless if Streep stars in the musical production (which realistically, she won't, but a girl can dream), you just know that the costumes are going to be amazing. Just imagine the top notch designer wardrobe that existed in the movie and now imagine it on steroids, because everything is bigger, better and more dramatic on Broadway. I get chills just thinking about it.