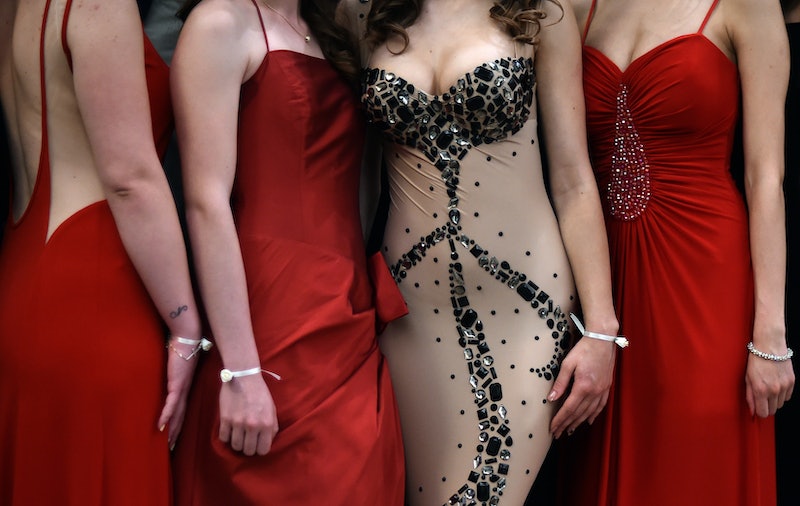 According to Cosmopolitan, a Connecticut high school imposed a new prom dress code only 8 days before the big event, making it incredibly difficult for female students to comply with the rules without having to buy a brand new dress last minute, spending hundreds of dollars in the process. So, what did they decide to do? Shelton High School students are fighting back against the sexist prom dress code.

The new rules, which were announced over the PA system by the principal, ban backless dresses, cutouts and two piece ensembles that show midriff—so basically any trendy prom dress currently existing.

It may come as no surprise that there were no new rules for male students, which the female students quickly called out in their petition against the new dress code, which they plan on presenting to the board of education. The petition calls out the school system for its double standards.

There is a sexist and backwards logic that girls must cover up so that boys are not distracted or tempted to behave inappropriately. Please do not mistake this as a plea for there to be no restrictions or regulations on what students can wear. Having a dress code is perfectly fine so long as it is in place for legitimate reasons and it is equally enforced on all students. There is no reason why the boys at Mr. Student Body should have been allowed to parade around the stage in nothing but their boxers but a girl can't wear a backless dress to prom. This selective enforcement of school dress code is unacceptable.

Shelton High School isn't the first, and definitely won't be the last school to enforce sexist dress codes among its students. And let's face it, no one is exactly surprised that another high school is trying to cover up its female students so everyone can have a "safe and memorable evening," but rather, it's the last-minute decision to do so that makes it even more annoying.

Prom isn't the only place where female students are being unfairly discriminated against. Just last month a girl was sent home from Orangefield High School in Texas for wearing leggings as pants, saying that it was "distracting" and "inappropriate." Let's hope that the media attention will help bring these sexist policies into light, showing that girls don't need to be taught to hide their bodies, but rather, boys need to be taught a lesson about having respect for the female body.