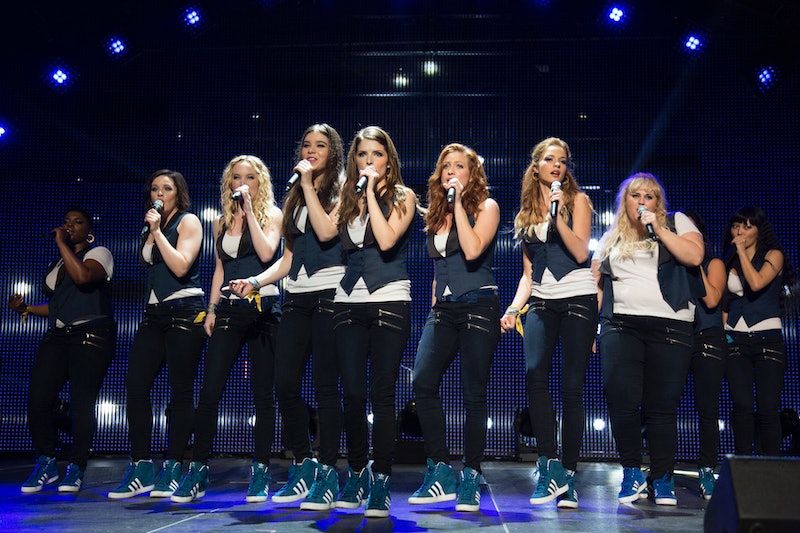 Even though the first movie was a smashing hit with fans everywhere, there are still some haters in the world who don't think Pitch Perfect was so aca-awesome. I mean, we're all entitled to our own opinion, but obviously the haters are wrong. Not only did the film earn $113 million worldwide (making it the second highest grossing musical comedy film of all time) it also has a 81 percent rating on Rotten Tomatoes. Aca-believe it!

As the premiere date for the film's sequel Pitch Perfect 2 draws near, most fans are taking the time to mentally prepare themselves and are getting ready for the big night when they will storm their local theater at midnight. But other people out there (you know, the haters) are convinced the sequel won't live up to the first film's success.

While it's true most sequels struggle to recreate the magic that happened the first go-round, we already know that Pitch Perfect 2 is filled with new surprises, twists, and even a few guest appearances that are sure to make this movie just as amazing as the first. So unless you wanna start a riff-off, here are some things you should never say to a Pitch Perfect fan.

"I Don't Get Why People Are So Obsessed With Anna Kendrick."

Um, how about because she is a #bosspitch? Not only is the girl wise beyond her years, she is also super funny and relatable. Who doesn't want to be Kendrick's BFF?

"The Movie is Basically High School Musical in College."

No hate, but Pitch Perfect is nothing like HSM. One movie focuses on an a cappella group while the other focuses on a drama club. And when the Bellas break out in song it's because they are actually performing, not singing about their feelings.

"The Music Selection is Horrible."

Wrong again. Entertainment Weekly named the soundtrack one of the best of 2012. Tell me how that's horrible again?

"The Jokes Aren't Even That Funny."

I think the word you were looking for here is "punny." I'm a sucker for a play on words and this movie is full of them. Not to mention you'll be quoting the movie weeks after you watch it.

"Beca and Jesse Aren’t Even Cute Together."

How dare you? If your heart didn't melt when he made her watch The Breakfast Club then there is something seriously wrong.

"Most of the Actors Can't Sing."

Actually, most of the actors have been on Broadway, so… and how can you deny this sweet new track?