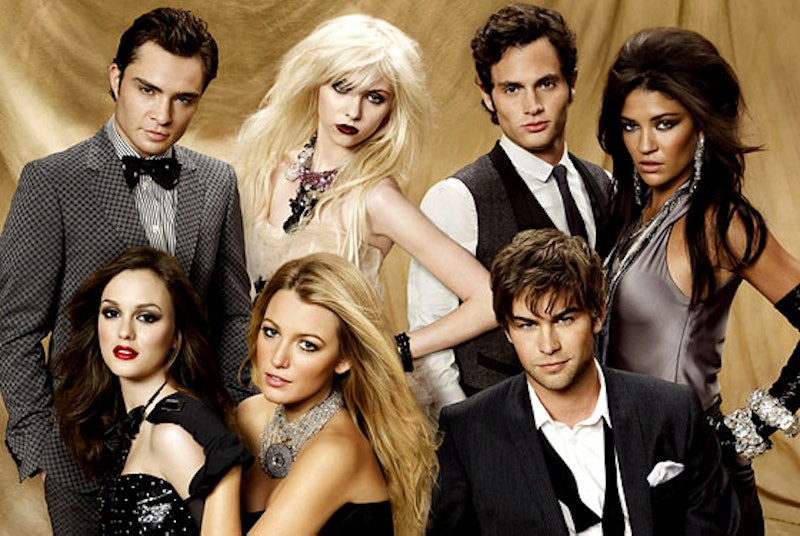 New shows may come and go, but nothing will ever touch our hearts like The CW series, Gossip Girl . Not only was the show packed full of juicy drama and high-end fashion, but each individual character was super compelling — a recipe that obviously helped in making it one of the most successful shows on TV. No wonder we were all so addicted. (I know I still am.)

Even if Gossip Girl wasn't your favorite show back then, you still have some recollection of what the series is about. Maybe you've even sneaked a few episodes on Netflix here and there. And really who can blame you? Even though I admit the show can be a bit over the top at times, there is just something about it that draws us in for more every time.

Like I said, the characters are one of the best parts of the show. As Gossip Girl reveals all of their secrets one by one, we get to know each person for who they really are and, as a result, we pick and choose our favorites. And, like it or not, our favorite characters reveal a lot about ourselves too. Even I have a favorite, but who that is? That's a secret I'll never tell.

You admire Serena's "it" girl status, but, just like her, you're also a people pleaser. You look for other people's approval instead of just giving it to yourself. You may be a bit naive at times, but you (normally) have the best intentions.

Just like Blair, you will stop at nothing to get what you want. You're a go-getter, and sometimes that can interfere with your relationships. But your biggest secret of all? You have a huge heart, and you feel things much deeper than others.

You appreciate the finer things in life, which makes you a bit materialistic at times. You try to put up a cool front, but, like Chuck, you have some serious issues underneath. Or he's your favorite because you're just really into bad boys.

You're one of the good ones. You are constantly pushing those around you to make better decisions. You have a fairly normal life, and you like it that way. You are pretty easy going and try to avoid drama at all costs.

You ultimately root for the underdog. You love a good success story, even if it's not always your own. You usually get overlooked when it comes to getting the guy/girl or being accepted into the best school, but you have a plan to change that.

You're a total rebel right down to your core. No one tells you what to do, because you play by your own rules. But, even with that hard exterior, deep down, you still care a lot about what people think of you.

You say you're a nonconformist, but sometimes the drama is just too tempting. But, hey, you're human, right? One of your most redeeming qualities is how much you really do care for your friends.