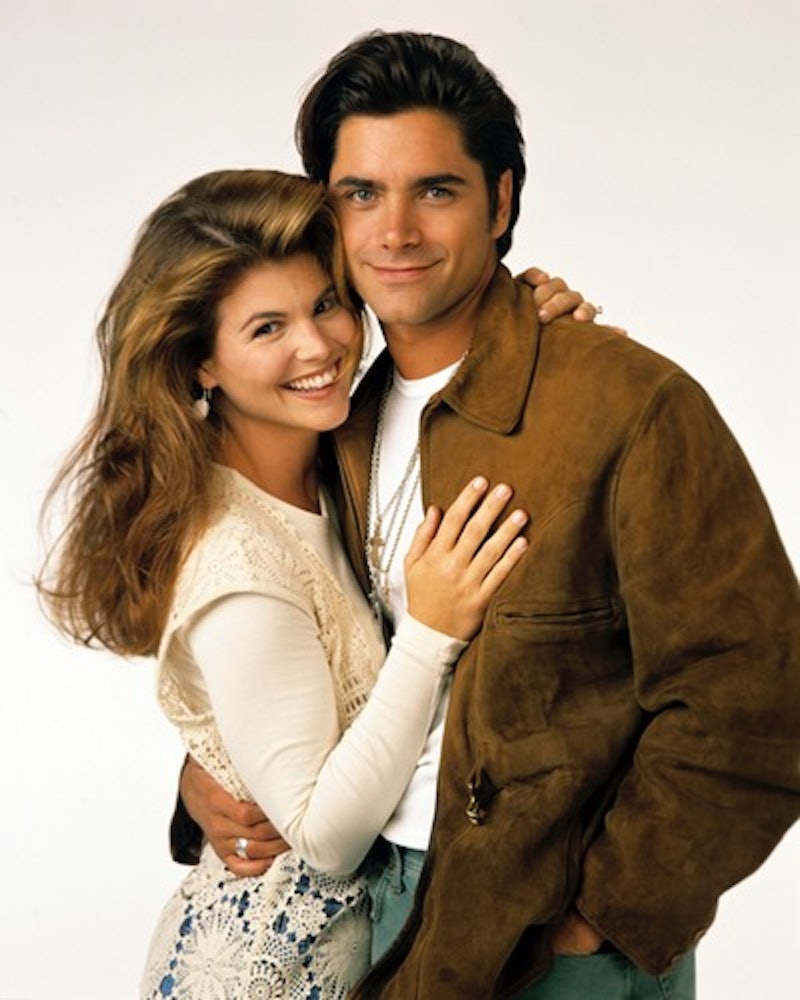 Although the romantic relationship between Uncle Jesse and Aunt Becky probably broke quite a few hearts both off and on the set of Full House (Uncle Jesse's total crush-worthiness was undeniable to everyone, after all) the loving couple had one of the sweetest relationships on TV. However, being married to a handsome, musically-inclined guy with a little bit of bad boy edge who's family-oriented, good with children, has a gorgeous head of hair (minus the mullet), and rides a motorcycle doesn't necessarily guarantee that everything will be smooth sailing on the home front.

Judging by the ups and downs Jesse and Becky experienced throughout their relationship, his '90s 'do and adorable smile weren't enough to keep them from dealing with relationship drama — and there was plenty of it.

As a ladies' man, Jesse had his fair share of dates before Season 2 (and a few after), when Becky came into the picture as Danny Tanner's perky co-host on Wake Up San Francisco. In addition to rousing morning commuters, Becky also widened the wandering eyes of Jesse, who ultimately decided to settle down and make her his one and only — and eventually the mother of the couple’s twin boys, Nicky and Alex.

Even though major sparks flew between the handsome couple, they seemed dead set on making one another jealous, which only complicated things. In the end, though, they weathered the storm. This graph below proves that, at times, their relationship was all about that green-eyed monster and drama as they rode their way from a cold front to a heat wave.