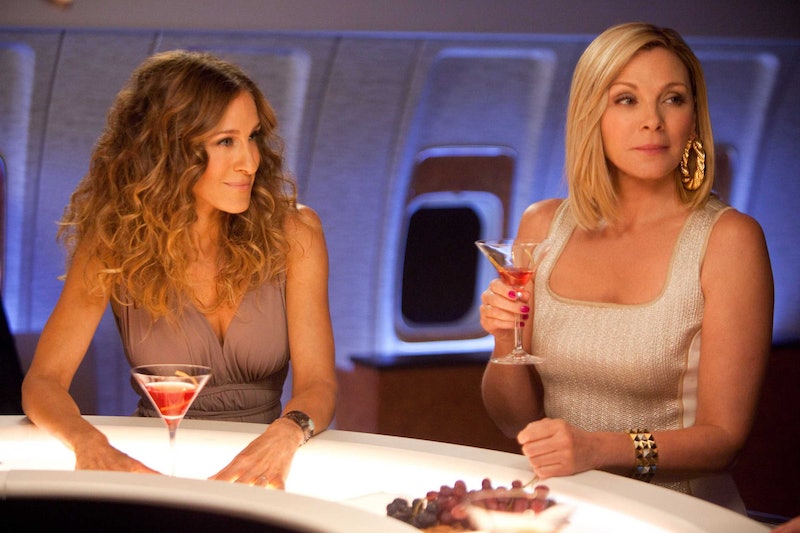 If we go by the age-old adage that boys reach their sexual peak at 18 and women reach theirs at 30, it’s definitely a safe bet that, at least for women, sex before that age isn’t all that. In fact, as a woman in her 30s, I can most certainly confirm that sex in your 30s is far superior to that in your 20s. But apparently, when your 30s come to an end, the great sex does not. According to a new study, women say sex is getting better with age ― into their 40s, 50s, and beyond. Basically, ladies, your mom is having way better sex than you, and more experimental sex, too.

Between April 21 and 29 of this year, marketing company Lippe Taylor and HealthyWomen.org, surveyed more than 1,000 women over the age of 18 about the sex they’re having now. While 60 percent of respondents felt their sex lives could be a better, 54 percent did say that sex absolutely, positively gets better with age. I guess this means in my 40s, I can smugly say to women in their 30s, “Oh, honey, you have no idea how great it’s going to be when you reach my age,” as I currently do with women in their 20s ― with love, of course!

The study also found that 28 percent of women are having sex at least twice a week (and upwards of seven times a week!), and 60 percent are trying new things. But the most interesting finding of the survey is what’s going on with women from ages 45 to 55. It’s these women, at a gorgeously high 89 percent, who are the most experimental of all the other age groups, because hell yeah.

The reason for this is simple: Women are more comfortable with themselves as they age. This isn’t to suggest that younger women aren’t comfortable with themselves, but the thing with age is that each year you grow even more into yourself. What you may have once considered a flaw, you’re able to recognize as charm, and when you throw in some life experience, too, you have a greater perspective, understanding, and appreciation for who you are. These factors attribute to an overall sense of well-being that makes for not just great sex, but the desire to make it even better and have more of it.

It also helps that, as the study pointed out, when women hit mid-40s through their 50s, their kids are going off to college, so there’s a rekindling with their partners now that they can finally have sex anywhere in the house and whenever. Yes, your parents are totally doing it on the kitchen table now that you’ve moved out. Just think about that the next time you’re home for a family dinner.

But aside from mom and dad banging all over your childhood home, the most important part of this survey, as Beth Battaglino, CEO of HealthyWomen.org, explains, “The biggest misconception this survey debunks is that women are not interested in sex as they get older … they want it more often and they want to spice things up too.”

I guess getting old isn’t going to be so bad after all.