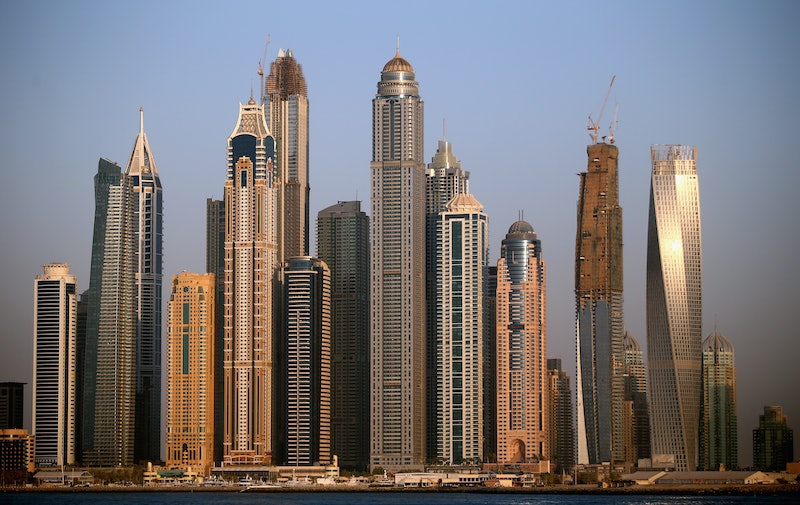 According to a new study by Ohio State University, whether you're tall or short, there are benefits to your height. Taller people tend to make more money and have better social skills, but tall men are also more likely to get cancer than shorties, according to a 2013 study. Apparently, for every extra 10 centimeters (about 3.9 inches) a man is in height, he’s five percent more likely to get cancer.

Studies have also found that tall people are more likely to break a bone — most notably hip fractures. And in 2011, research done in Norway discovered that men over six feet in height are 2.6 times more likely to get blood clots in their legs.

But before us shorties in the world can start high-fiving ourselves for being so small, a 2005 study done in Sweden found that shorter than average men are twice as likely to commit suicide than taller guys. And if they’re using Swedes’ average heights, this isn’t great news for the rest of the world, because they’re tall! Either way, you win some, you lose some.

But back to tall guys. Based on these studies, there are a few pretty valid reasons why you should have sex with a tall guy — and not just because you feel bad that his risk for cancer is on the high side.

A series of studies published just this past November found that men 5 ft 6 in and under have a 36 percent higher chance of dementia than men over 5 ft 10 in. Of course, one-night stands can always make it a wee bit difficult in remembering one’s name, but at least the tall guy has a better chance of not calling you Amy when your name is really Ashley.

2. There’s A Good Chance He Won’t Die Of A Heart Attack During Sex

I don’t know about you, but this is a legitimate concern of mine. I guess I’ve watched too many movies where some male character just kicks the bucket mid-sex, and I’ve been scarred because of it. But according to a study by the University of Leicester, tall people are at a lower risk of heart disease than short people.

Those who are only 5 ft in height have a 32 percent higher risk of heart disease than those who are at least 5 ft 6 in. All that height makes it take longer for fat to block important valves, a 2012 study of more than a million people found. So that’s good news!

Although angry sex can be super hot, sometimes you just want to have sex with someone who’s in a good mood. Enter: Tall people.

That 2005 study in Sweden not only confirmed the greater likelihood of suicide in shorter people, but also found that taller people are just happier overall. The fact that they make more money because of their height probably helps keep smiles on their faces.

4. They Can Hear You Better In Bed

A 2003 study found that short people are more likely to have hearing loss than tall people. While there is no guarantee that the tall guy you might have sex with won’t say, “What?” over and over again as you give him feedback on his technique, but at least it’s nice to know there’s a big possibility he’ll hear you say, “My clitoris is about two inches to the left, buddy.”