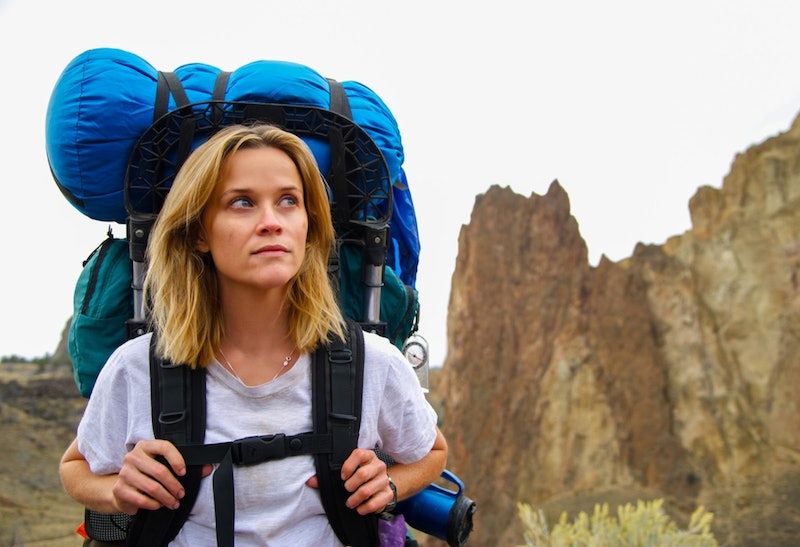 File this under: It really wasn't a green screen! Back in March, a hiker found the boot Reese Witherspoon chucked over a cliff at the beginning of 2014 movie Wild. While watching the Oscar-nominated adaptation of Cheryl Strayed's memoir, Camas, Washington resident Chris Kesting recognized the spot on the Pacific Coast Trail where Witherspoon lost both of her hiking shoes. Rather than sit on this information, he decided to go look for the footwear. In an interview with The Oregonian, Kesting says he and friend Tim Pate hiked to the exact location where the boot got the boot ("I thought it would be fun to do but there would be no way I would find it," he says), and it took all of 15 minutes to find one of the size 6 1/2, red-laced Danner shoes Witherspoon wore in the film.

"If you look at the movie poster," he tells The Oregonian, "it's that boot."

Well, I'll be a piece of gum stuck to the sole of a shoe made for backpacking! This neat-o (neat-o, I say!) story left me with some questions for Kesting:

Here's a photo of Kesting with the boot:

More like this
Reese Witherspoon Gave Fans Hope For 'Legally Blonde 3' After This Surprising Movie Inspired Her
By Jake Viswanath
At 28, Lesley Manville Was Acting, Picketing, & Singing Kate Bush Songs
By Olivia-Anne Cleary
22 Movies On Netflix That Are Perfect For The Whole Family
By Bustle Editors
Jennifer Coolidge Needs 'Legally Blonde 3' To Happen So She Stops Getting Hot Dog Jokes
By Jake Viswanath
Get Even More From Bustle — Sign Up For The Newsletter