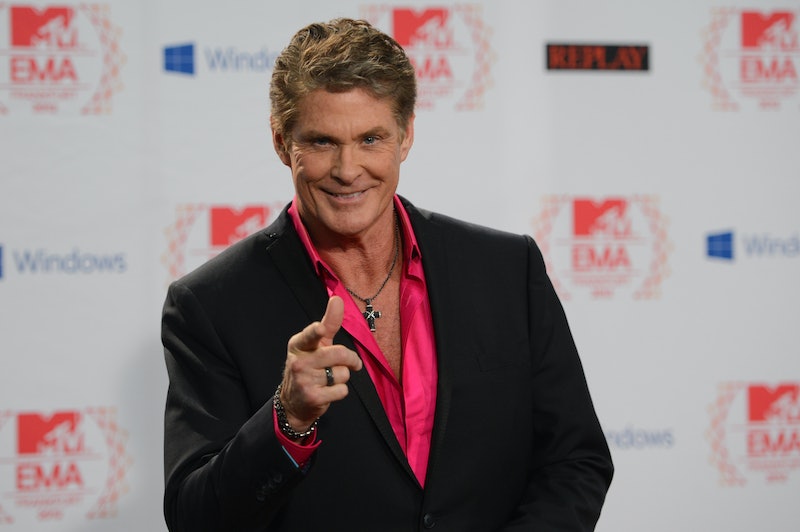 Out of all the members of U.S. legislatures, 24.1% of representatives are women. Women also own 30% of privately-owned firms. When you realize that women comprise of 51% of the population in the United States, these are still pretty bleak statistics. But when you scroll through the All Male Panel Tumblr (appropriately titled "Congrats, you have an an all male panel!") that unabashedly points out everyday sexism, it puts a hilarious twist on a backwards reality.

This brilliant Tumblr page points out the lack of women in visible spaces (such as panels) in a way that's funny, but also quite poignant. The Tumblr page doesn't just call out panels—it points to books, boards of directors, and academic committees. Overwhelmingly male spaces are obviously prevalent in the world. This Tumblr just makes it even clearer for those who aren't forced to recognize it every day.

The other best part? The posts are badged with images of David Hasselhoff. Why? I don't know, but it's excellent. Hasselhoff's gloriously blue-eyed stares and approving thumbs up just adds an extra punch to the joke.

Perhaps this will be a wake-up call to those who often justify the lack of women in any particular spaces by saying they most be under qualified or unwilling. A lack of diversity is never a result from unwillingness—it comes from barriers designed to keep certain demographics out.

Congratulations, patriarchy! You win the game of privilege and exclusion in the most important places.