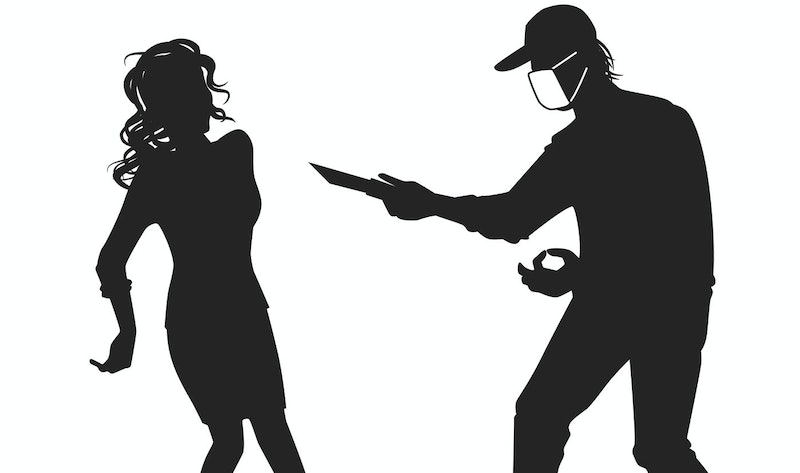 Student David Hookstead's open letter to the editor in Monday's edition of the Badger Herald , the University of Wisconsin’s independent student paper, has sparked a considerable amount of controversy and debate across the Internet. After I read Hookstead's letter, titled "'Rape culture’ does not exist," I decided to take his advice: “Let’s focus on those that truly need our help, and let’s stop evil people when we can.” Why don’t we start with Hookstead and his less-than-convincing argument that rape culture isn’t real? Here's my letter on rape culture.

As someone who is very much actively engaged in reality — not just “on the fringe,” as you say — let me be the one to tell you that rape culture exists. It’s a real thing that most of us take part in or are exposed to, whether it’s the language used to describe sexual assault, victim-blaming policies in place, or denying its very existence. Rape culture is also all around us in pop culture and can be found in movies, television shows, and music (and no, not just rap music. Have you ever heard of “Blurred Lines?”)

Rape culture is so deeply ingrained in our society as a whole that sometimes, people don’t even know when they’re inherently perpetuating it. Take students at the University of Connecticut, for example. The university has recently been in the news for its mishandling of a number of reported sexual assaults on campus. Days before another reported assault, UConn students gave an especially loud cheer at a concert on campus when their student-dubbed "rape trail" got a shout out.

Not only does your misguided argument fail to offer any actual facts, statistics, or valid evidence to support a series of outrageous clams. Ironically enough, your letter to the editor – and the Twitter rant that followed – proves in itself that rape culture is alive and well, specifically on college campuses.

"[David's] message is insanely harmful and disrespectful to survivors. He is assisting in creating an unsafe environment by spreading messages like those in his piece," Maggie DeGroot, a recent Wisconsin grad, told Bustle.

"David is failing to understand the entire issue at hand. He fails to go into any in-depth discussion and fails to back up anything he claims with sources or statistics. This is most likely because he is simply just spreading the common myths about rape and sexual assault."

DeGroot is on to something. I am sorry to hear about your one anecdotal experience in which your male friend was drugged and taken advantage of. First off, the fact that a man is raped doesn't mean rape culture isn't a problem — it makes the argument that it's even more rampant.

It’s also important to note that your friend is not the rule, but the exception. RAINN reports that nine out of every 10 rape victims are female, and only three percent of men have experienced rape or attempted assault in their lifetime. A 2010 study found that at one American university over a ten-year period, less than six percent of reported rapes were considered false.

All victims of sexual assault deserve our time, energy, resources, and support. Statistically, most victims and survivors are women, and they are telling the truth an overwhelming majority of the time. You shouldn’t spread a false ideology that “women feel the need to exploit anything that may be rape for publicity” and “statements like that put all the blame on men and put no blame on women.” It’s damaging, and it’s inaccurate.

You are right about one thing, though: I am indeed a feminist who is not “in a blaze of fury over the fact that Wiz Khalifa promotes illegal activity.” What does Wiz Khalifa smoking pot have anything to do with rape culture, anyway? As soon as the rapper’s bong hits pose a threat to my safety and the safety of other women and their bodies, then I’ll worry about Wiz Khalifa’s marijuana habits.

Here’s to hoping you learn an important lesson from some of the dialogues you created with your letter — specifically, pay close attention to everything Zerlina Maxwell tweeted at you last night instead of berating an assault victim and derailing from the overarching message. Let’s also try to have more productive conversations about how to fix rape culture instead of denying its obvious existence.

At the very least, you can take the words rape culture out of quotation marks.