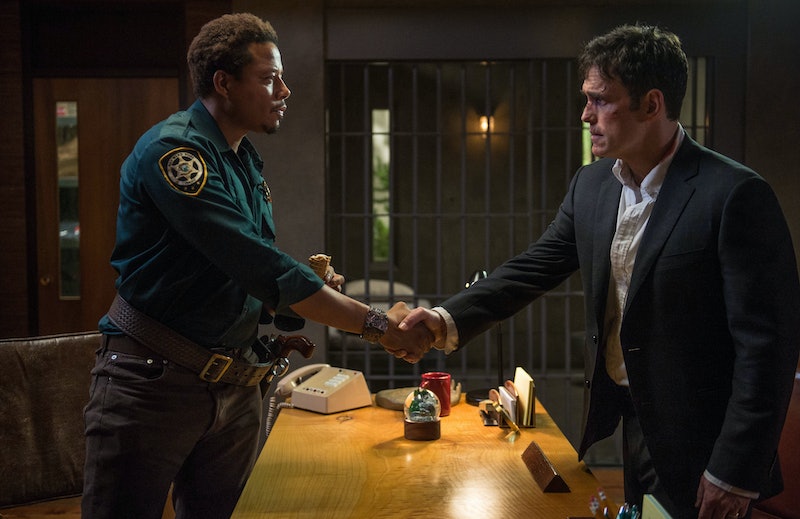 Sometimes when TV shows are based on other properties, it's in name only. So while without watching the limited series there's no way to know for sure how similar Wayward Pines is to the book it's based on, but there's a good chance that the TV show will be adapting the novel very closely. Oftentimes, a studio or a network will option the rights to adapt a book and hire a writer to create a script. But in this case, as he told Grantland, producer Chad Hodge adored the book, and started working on the television adaptation before a network was even involved. That's dedication to the source material. The author of the books, Blake Crouch, is also working on the show, and he seems to be happy with whatever minor changes they've made. Or at least, there haven't been any "creative differences" rumors swirling around the project.

I'm sure Hodge and everyone else behind Wayward Pines have adjusted things slightly from the book, because adapting something totally literally is more or less impossible. But this seems like a pretty close adaptation, given Hodge's love of the story's strange details, like the bizarre phone etiquette in the town, which is lifted right off Crouch's pages.

Given that this is just a 10-episode series and Crouch wrote three books in the Wayward Pines series, this first "limited series" doesn't have to be the end of the show. But Hodge said in an interview with Fast Company that the first book, Pines , really only had enough material for the first five episodes of the show, which were being written simultaneously as Crouch was writing books two and three, leading to some overlap between their creative processes. "Actually, some things that I came up with ended up in book two and book three. Mostly, it was the other way around—the stuff that he was writing was what I was adapting for the series, but there were a couple things that went the other way, and it became a fun collaboration," Hodge told Fast Company. So Hodge loves the book so much... that he helped write its sequels. That's pretty impressive.

Both Hodge and Crouch also promised Grantland that by the end of Season 1, everything in the show will be "grounded." Unlike other mystery shows like The Returned or even ye ole classic mystery, Twin Peaks, which purposefully kept the origin of its supernatural elements secretive, everything in Wayward Pines has an explanation. It's probably the most unique thing about the story. And readers were shocked at how many mystery/supernatural cliches the story of Wayward Pines was able to avoid. It doesn't end with everyone in purgatory, and it isn't blamed on aliens. No, this story ropes in government conspiracy, surveillance, and seems to exist on a different plane of time and space.

Hopefully, though it may sound a little boring to have everything totally wrapped up, Hodge will be able to sell it as a big enough surprise that untangling the reason for Wayward Pines' weirdness will be enough for a potential second season. If it worked for the book series, there's no reason to imagine it wouldn't work for Wayward Pines the TV series, especially since they seem to be one and the same.