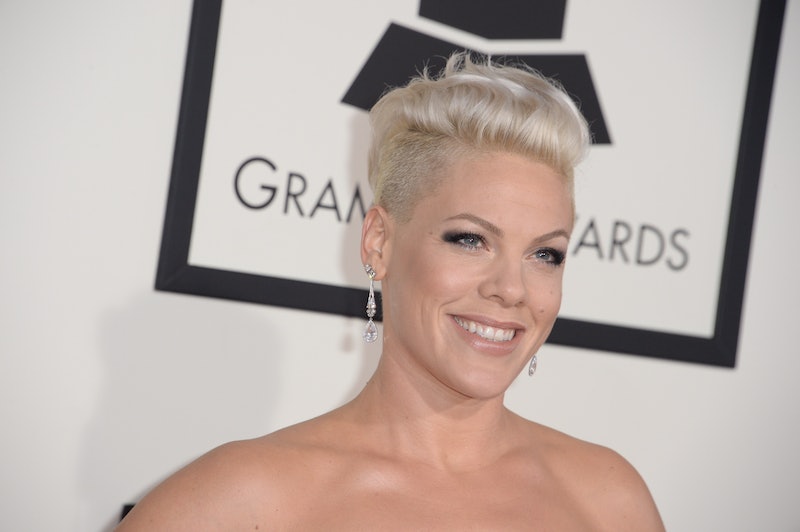 While there is a lot body positive talk happening in Hollywood right now, it’s a shame that most of it is in response to haters. Bullying — whether it’s about weight or race — is always wrong, and the latest celebrity to have to deal with haters is Pink. According to People, Pink is fighting back against body-shamers by explaining why bullying is personal to her, and why she’s promoting anti-bullying on the red carpet.

She means business, too. Last month on Twitter, Pink shut some haters down after a rude remark about her weight in a red carpet photo.

Pink has nothing, of course, to be sorry for. The incredibly strong and fit mom was photographed in People's 2014 Most Beautiful People issue, and performs aerial acrobatics while singing. Clearly, she’s body positive. Still, body negative comments still hurt, she confessed.

“I’m a girl, I have feelings and people I take no shit and I’m tough, tougher than nails, but I’m a human being,” she said, according to People.

No matter how relentless the criticism, Pink wanted people to know that she is still happy. “I don’t care. My life is full, I like food a lot and I really like to cook, I like to live, I find joy in that, and we are doing alright in the Hart household.”