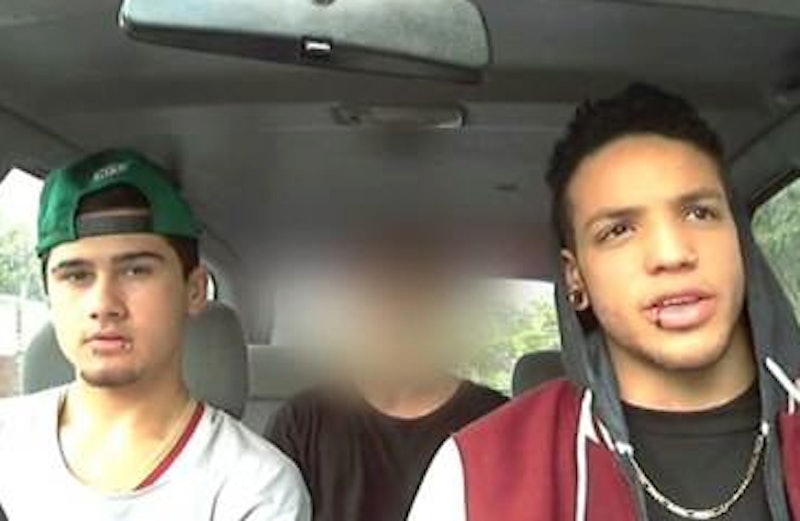 In today's Scum Of the Earth Report, meet The Roast Busters, a group of New Zealand boys accused of luring in, providing alcohol for, and gang raping girls between the ages of 13 and 16. Though the alleged activity has been occurring since 2011, it is causing widespread outrage of late after local media outlets discovered that the boys had been bragging of their exploits and shaming their victims via Twitter, Ask.fm and a now shut down Facebook page.

On the defunct Roast Busters' Facebook page, the boys were publicly recruiting other guys to join them in their gang raping of sometimes underage and usually overly intoxicated girls. The boys were also boastful about their activities, in a video saying, "We take what we do seriously — some of you think this is a joke, it's not," and "You try and get with the amount of girls we do. This is hard, it's a job, we don't do this shit for pleasure." The men go on to say "We don't choose the roast, the roast chooses us ... We have girls calling us up to hang out with us. They know what we like. They know what they're in for."

However, their victims tell other stories. One unidentified victim who was interviewed by 3 News stated, "I just kept blacking out 'cause I had drunken too much…You could say I got raped. I had sex with three guys at one time." Police also confirm that another victim attempted to commit suicide.

Think that these guys have been arrested yet? Think again. Even though Auckland police have been monitoring the Roast Busters’ Facebook page for years, have interviewed several victims and have spoken with the boys, they still do not have enough evidence to press changes. Until one victim steps forward, the police are powerless. Even the New Zealand Prime Minister has weighed in on the matter, calling the groups actions "extremely disturbing and disgusting."

As media coverage of these horrible incidents continues, legislation is being introduced to the parliament in hopes of putting an end to Internet bullying. According to CNN.com, The Harmful Digital Communications Bill “proposes a three-year prison sentence for posting material online with an "intent to cause harm" as well as other measures to stop cyber bullying.”

Hopefully a brave victim will step forward, press charges, and these boys will receive their proper punishments. Until then, all we can do is hope that the Roast Busters are being socially stigmatized like the scum they are.