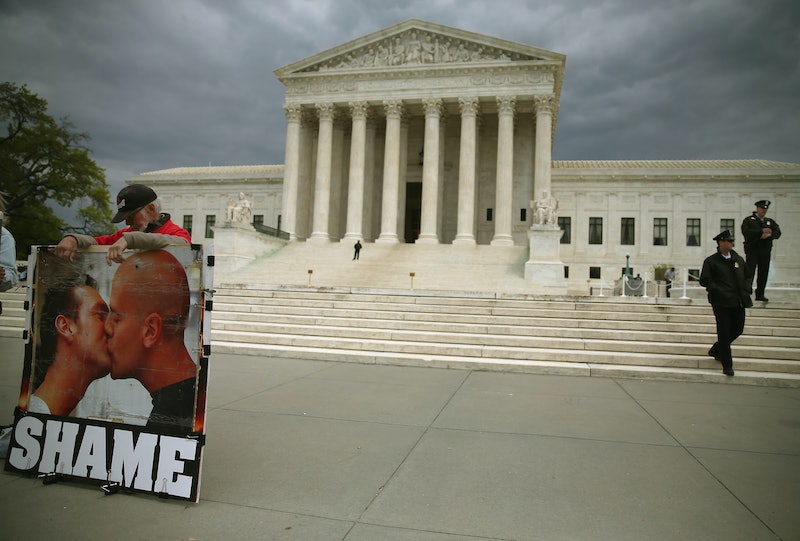 So other than karma, how did this happen? Well, it started when a Christian demonstrator decided to protest the North Carolina metal music festival, Carolina Rebellion, because apparently no one told him that protesting rock music went out of style decades ago.

But he wasn't just protesting rock music; he was also apparently protesting homosexuality, as well as carrying a sign directing people to an anti-gay site, WarningsOfWrath.com. The site was originally run by the Open Door Baptist Church ased in Easley, South Carolina. Headed by Pastor Randy Bryson, the congregation has a reputation for picketing at gay-friendly events. The Warnings of Wrath website originally directed people to the Open Door Baptist webpage.

This isn't the first time people have used domain names to fight back against anti-gay bigots, either. Earlier this year, for instance, a college student bought the lapsed domain name of an anti-gay politician in Idaho to turn it into a website for LGBT equality. After Memories Pizza in Indiana openly announced they would never serve a same-sex wedding, someone bought the domain name MemoriesPizza.com and advertised the business as "Home of the dick pizza!" (the page now redirects to the It Gets Better Project).

And of course, there's the gay couple that anticipated Jeb Bush's presidential bid by buying JebBushForPresident.com and used it to promote LGBT acceptance.