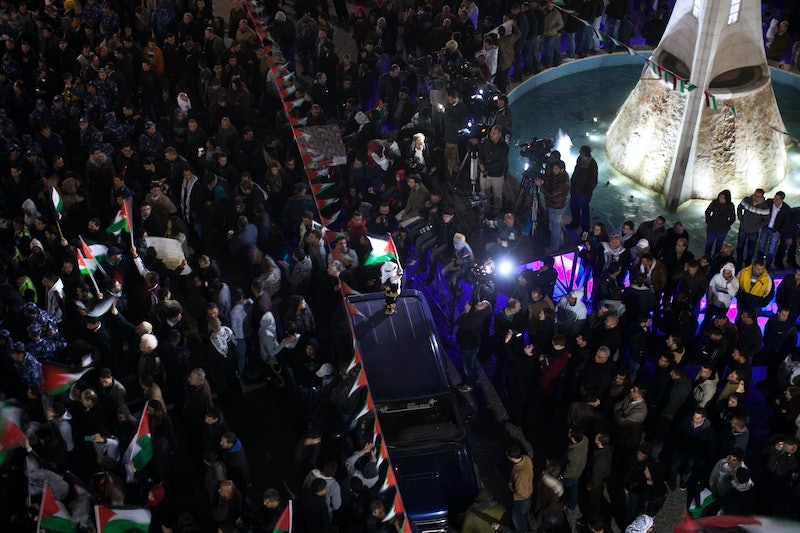 'While You Were Out' is Bustle's roundup of some the weekend's biggest stories and videos you might have missed.

In Pakistan, Nanga Parbat— one of world's highest mountains— was the site of a mass fatal shooting when 15 gunmen dressed as policemen reportedly killed 10 mountain climbers Saturday night. The victims of the spree included one American, as well as a Pakistani guide. A local branch of the Taliban has already claimed responsibility for the raid.

In Brazil, scattered protests over government spending continued over the weekend in dozens of cities.

Back in the good-old USA, this guy tried to sell a coffin online with a real skeleton in it, and got intercepted by the Iowa police. Don't worry, the skeleton was really old, from the 1800s. And you thought that used chair you bought on Craigslist was a mistake.

Also on Saturday, three ex-interns filed a lawsuit against Gawker for violating the minimum-wage law, claiming that they worked over 15 hours a week without being paid "a single cent." The former interns claim that most of Gawker's online content comes from these unpaid workers. Based on a judge's ruling last week that unpaid internships shouldn't use interns for essential tasks, it looks like the ex-Gawkers have a good chance.

And finally, in a rare bit of good news for Palestine, the winner of Arab Idol (yah, that's like American Idol) is Mohammed Assaf, a Palestinian from Gaza. Cities around the West Bank and Gaza went nuts with joy, and Assad was named Regional Youth Ambassador for Palestine Refugees by the U.N. Check him out:

And finally, if you thought you had a bad weekend, it could have been worse: a 10-hour flight from San Francisco to London took a dark turn this weekend when the crew forgot to stock toilet paper for the entire flight.