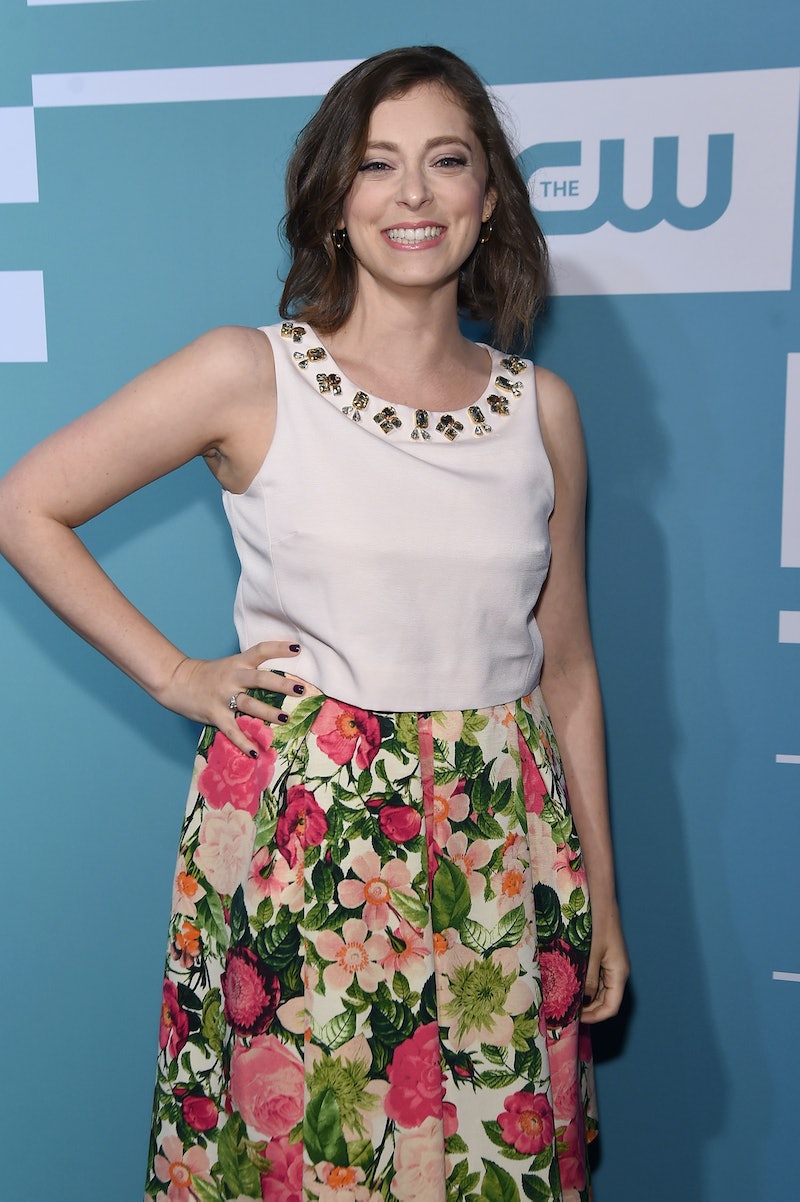 The CW isn't usually the first place I go to for quirky comedies. If I'm in the mood for some sexy, but basic cable-appropriate, vampires or something equally paranormal and sexy, that's where I tend to find it. However, The CW is changing up its line-up this fall with a brand new comedy starring YouTube sensation Rachel Bloom titled Crazy Ex-Girlfriend .

The premise is exactly what the title sounds like: a woman gets dumped for being "crazy," she never gets over it, and when she discovers the love of her life is moving to California, she follows him. On paper it sounds like a horrible storyline that could only be bad for women... but then I watched the sneak peek and it's actually a lot more charming and smart than I first thought. I can't tell if I love or hate this yet, and I'm kind of OK with that. I like it when shows surprise me — for the better, that is.

For starters, our hero is played by Rachel Bloom, the brilliant mind behind "F*ck Me Ray Bradbury" and "Historically Accurate Disney Princess Song." Her twisted sense of humor is sure to subvert the stereotype of the crazy ex in weird and wonderful ways. Crazy Ex-Girlfriend was also originally slated for Showtime, hinting that its material is ready to push the boundaries of what you can usually find on national networks. The preview clip also shows that the series has an absurd musical side to it that reminds me of Season 1 of Six Feet Under. Plus, there isn't a laugh track, which to me, is a clear indication this isn't just a tired sitcom.

I was also pleased that the man of her dreams isn't another white guy. The apple of her eye, Josh Chan, is played by newcomer Vincent Rodriguez III and The CW is keeping up with its own trend of increasing diversity across their programming. Along with that sentiment, Bloom's character, Rebecca Bunch, is a high-power executive who went to Harvard and Yale and speaks Mandarin. We also learn that Bloom is someone who might be out of touch with her self, both mentally and emotionally, and hasn't quite realized that it's love that's driving her, rather than obsession.

There are a few sticking points, like whether or not Rebecca Bunch actually suffers from a mental illness and if so, how exactly is the series dealing with that? Her BFF/sidekick is also a little predictable. But nevertheless, Crazy Ex-Girlfriend has me intrigued and excited that something different is actually coming. Here's hoping it punches up and never punches down when it comes to the butt of the jokes.