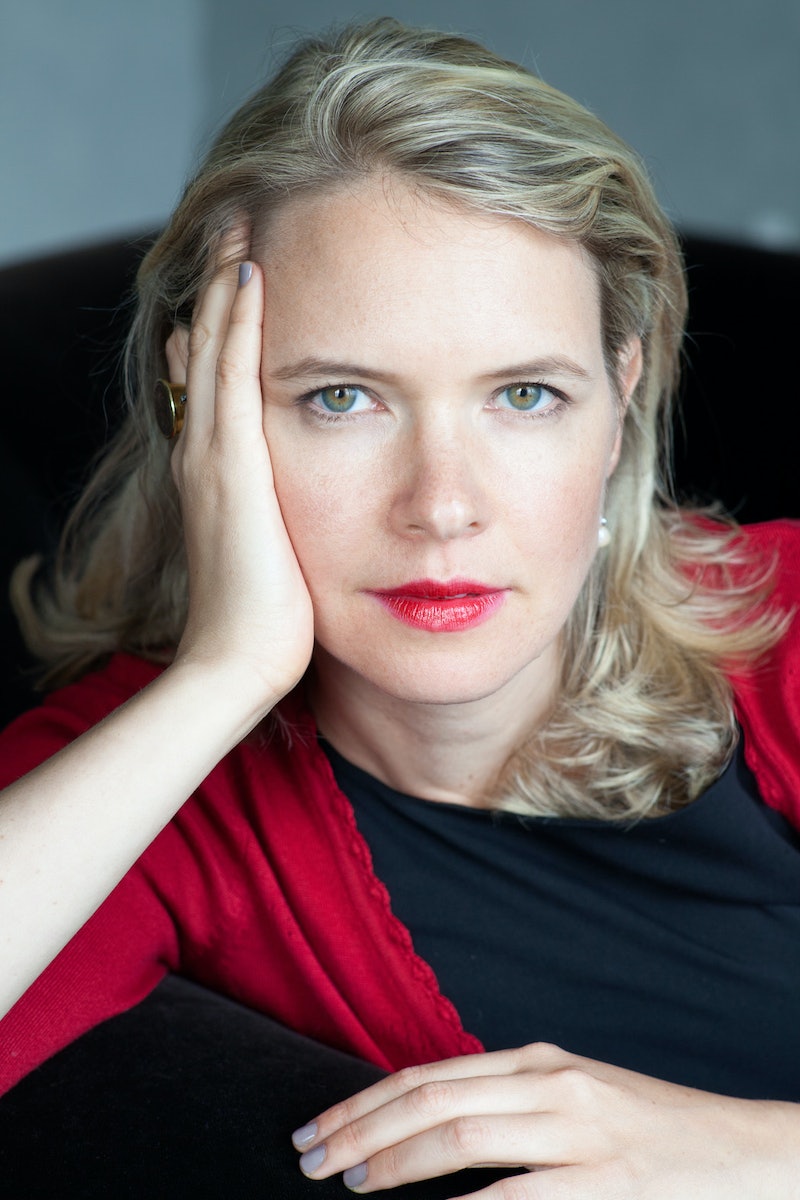 My book, Love Is Red , is the first novel of a trilogy that is set in our world, but a version of it in which locked doors open; the dead communicate with the living; a serial killer preys with a purpose beyond rational comprehension. It’s reality on a knife-edge. The fate of my characters could go either way, depending on how the blade turns. On one side lies normality, on the other, the marvelous, terrifying, and unknown.

When I first showed Love Is Red to agents, I had interest from two men. Both were knowledgeable, reputable, and excellent agents. One, however, was that one wanted me to “cut all the paranormal stuff” and make the book a slim, taut psychological thriller, and the other wanted me to add a male detective.

Love Is Red is very dark, and it defies conventions of genre: both of these things can be challenging for readers—and, therefore, problematic for agents. Logically, I could see the reasoning behind each of these suggestions. But I said no to both. Rather than limiting them, I wanted Love Is Red to stretch the boundaries of the world that we inhabit, to dig at the roots of reality and expose the eyeless things that crawl in the dirt, but also the treasures that gleam in the darkness.

So, I stuck to my guns. And I found someone who saw things the way I did.

Now that the book is published, I encounter an entirely different obstacle: that tricky label of being a woman who writes about these things. People are surprised that I — a blonde, not hideous, married woman, with friends and a fulfilling life — am drawn to such dark, fantastical material. “Oh no,” many say, as they literally back away from me. “I don’t like horror.”

I’m not sure how I feel about the label “horror,” either.

I could answer that a large part of it is about trying to make sense of the senseless, that writing and reading a book that scares you is largely about submission and domination, on both parts. Allowing yourself to suspend disbelief is about relinquishing control. That it is about allowing us to feel anger.

People are surprised that I — a blonde, not hideous, married woman, with friends and a fulfilling life — am drawn to such dark, fantastical material.

There are some deliberate choices I have made as a woman writer — and I think I, and Love Is Red, are better for them:

Although the feedback from those first agents was food for thought, I had — and still have — conviction in the choices I made. I wrote this book for women. I wanted to create something new. A book for smart women, women who don’t necessarily love gore and violence, but who enjoy being scared, tantalized and seduced.

I think it’s worth mentioning that the agent who finally did take a chance on me was a woman. And my editor? An equally brilliant and strong female who also believed that readers could rise to the challenge. All of the women who have helped me and supported me every step of the way, from my agent and my editor to my publicist, my marketing strategist, and my foreign rights agent, believe that smart, powerful, beautiful, regular women aren’t afraid of darkness, or of books that break the rules.

More like this
16 Novels That Paint A Realistic Portrait Of Abortion
By K.W. Colyard
Aesop's Queer Library Is Open
By Tomi Otekunrin
10 Must-Read New Books Out This Week
By K.W. Colyard
The Most Anticipated Books Of July 2022
By K.W. Colyard
Get Even More From Bustle — Sign Up For The Newsletter