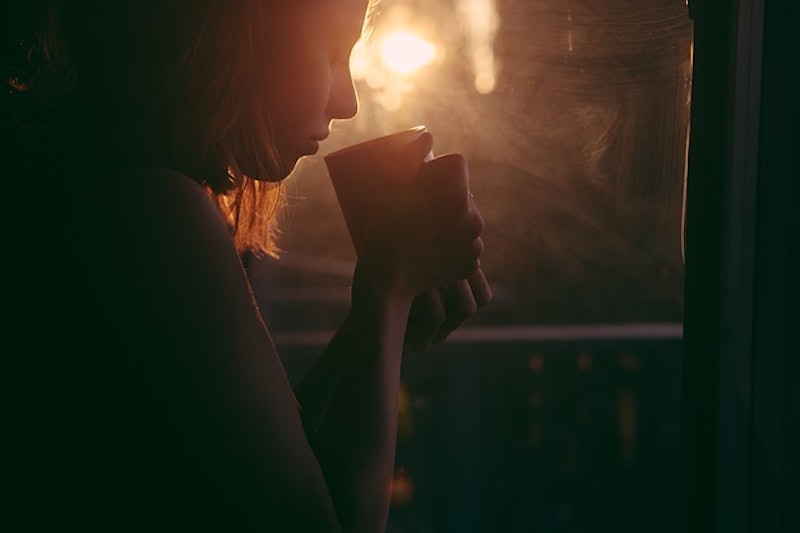 There seems to be a lot of confusion around "self love" and what level of "selfishness" that entitles you to. In fact, many people shy away from ever putting themselves first as a means of ensuring that they aren't what society/parents/religion/culture says is "bad." That's what we fear the most: being a Bad Person.

I am here to blow the lid off of something for you: the concept of being a "bad" person, really beyond anything done with malicious intent or, you know, killing and stealing, is a mechanism to keep you in your damn place. Think about it: why else would a society guilt you into feeling as though putting yourself first is a bad thing, when in actuality, it's not only OK, it's absolutely freaking essential to getting anything done, and done well?

The reality is that you cannot save anybody else. You cannot force the world to change. But you can change yourself. You can take responsibility for yourself. You can heal yourself and pay attention to yourself and when you tend to your own physical/mental/emotional needs first, you place yourself in the position to be actually selfless. Not "selfless" as a means of receiving the support you need (which is what it ends up being, most of the time). Here are seven other reasons putting yourself is not selfish (really, quite exactly the opposite):

If You Don't Fill Your Gas Tank, You Can't Carry Passengers

In realistic terms, if you're tired or hungry or late on your work, there's no way you'll be able to focus on what so-and-so is telling you about their personal life drama, or actually be present at your friend's art-show-thing or completely giving all your ideas and attention to the project at work. The point is: you're not completely yourself if you're not taken care of, and if you're showing up to places half-heartedly, only because you're exhausted and miserable, that's just as bad: nobody wants to be the presence of people who don't want to be there. (Really. Nobody.)

Nobody Else Is Going To Save You

You can't save anybody and nobody can save you. It's the best and worst part of being a person, and somehow the thing we're slowest to want to admit. But nobody can force anybody else to get help or be better. No hand is reaching down from the sky to guide you along. There are only little moments of peace, ones that you carve out for yourself. There are only beams of clarity and what you decide to do with them. There are only choices on how you want your life to change, and how seriously you take them. Ultimately, you do the work. You lift the dead weight and carry it home. Until then, you stand around waiting and complaining and getting so sick and tired of nobody else doing it for you that you just do it for yourself (and, at that point realize, it was only ever you, babe.)

... And I'm not sure how we arrived at the conclusion that they were. If you've ever actually tried to completely put someone else's needs before your own (no matter what) you have no doubt come to the realization that it's simply impossible to do without becoming spiteful and then actually disregarding everybody else's needs...

You Have To Take Care Of Yourself Eventually

Whether that comes before you drain yourself dry catering to others and ultimately just getting pissed that they are somehow not refilling your fuel, or after you're too mad to even try anymore, is your choice. Sooner or later, you have to rest. And eat. And consider your feelings first. Why? Because nobody else is going to. Nobody else is going to make sure you're taken care of (other than your mother, and even then, she's a person with a body and soul too.)

The More You Put Yourself First, The More You're About To Honestly, Genuinely, Completely Serve Others

If your goal in this life is to be selfless, start with yourself. When you're taken care of, everybody else can be too. Putting yourself first isn't selfish. It's the first, only and overlooked step toward putting anybody else before your own needs. As human animals, we often don't do things unless we can get something out of them. When your needs are already taken care of, you can give genuinely, and without expectation. And that's the only actual way to be selfless, at the end of the day.

If You Learn To Love Yourself, You'll Know How To Actually Love Other People

You want to know the funny thing about humans? Despite propelling ourselves apart by our perceived differences, we're exactly (completely, totally) the same at the end of the day. We're all connected. Our individual differences are only on the surface. If you learn what it takes to love yourself, you will also teach yourself what it takes to love another person. If you can first open the tender and vulnerable parts of your heart, you can then let someone into them. It starts and ends with you. Don't let the world rob you of all that could be simply by convincing you that beginning there is the wrong way to go.