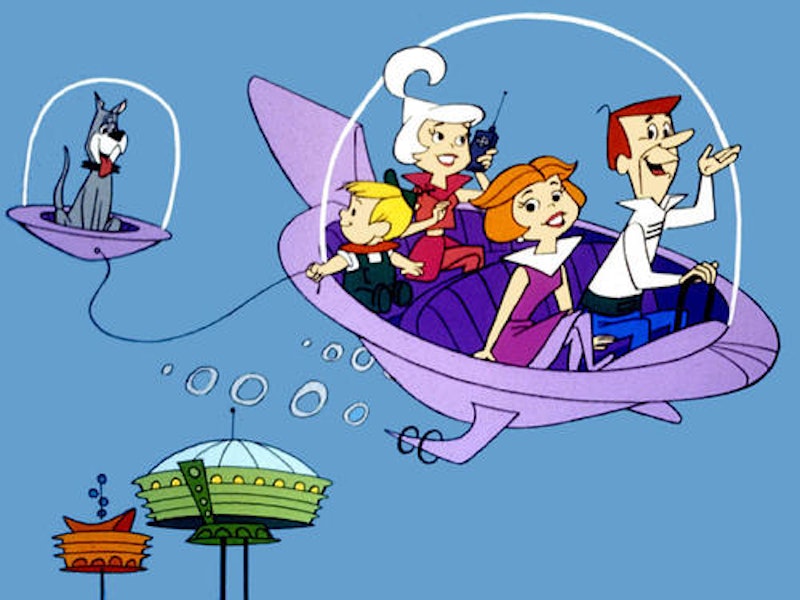 Looking back at some of the predictions for the future that experts made in 2005, it is hard to not feel vaguely creeped out: so many of their ideas about where science, technology, medicine and the economy would be today are seriously accurate. Forward-thinking writers correctly predicted tons of innovations that seemed unthinkable at the time, from touch screens and wearable technology, to the rise of advertiser-sponsored free Wi-Fi, to the reality of intense government surveillance in many different areas of our lives. But some of their future predictions from a decade ago turned out to be wildly wrong — and the reasons they failed to pan out are both hilarious and thought-provoking.

The predictions that didn't hit the mark usually failed because they were either too optimistic or too pessimistic. For example: in 2005, people were feeling a bit too confident about economy after memories of the dot-com crash of 2000 had faded away. So confident that Ben Bernanke, who was head of the US Federal Reserve at the time, actually went on record in 2005 saying that he thought that the idea of the housing price bubble leading to a recession was "a pretty unlikely possibility". (Of course, he was wrong.)

It can be fun to let our minds run away with us — I would personally like to predict smart everything by 2025 (smart bananas! smart paintings! smart cups of tea!) — but it's still informative to have a look at what people in 2005 were absolutely convinced the future would look like.

1. Terrorists Will Attack The Internet Or A Power Grid

Fear of attacks on either the power source of an entire country (probably the U.S.) or its data centers was a big concern back in 2005. Fortunately, this hasn't come to pass — and nowadays, our worries are more often about government cyber-spying than they are about a digital threat from another country.

2. Free Wi-Fi Will Be Everywhere

Back in 2002, when the analog TV spectrum was beginning to be phased out, the Federal Communications Commission floated an interesting idea: why not used the now-empty airwaves for "super Wi-Fi", which could provide internet coverage for large areas, rather than setting up individual Wi-Fi hubs in every home? People were delighted and thought it would be everywhere by 2015 — but thus far, the idea has only gone live in two U.S. locations.

3. Teleportation Will Be In Development

The Elon University School Of Communications has a collection of pretty ambitious predictions from 2005 — many of which are drawn from big statements made by futurists (experts on the future) around the time. The biggest one? The idea that teleporting human beings would now be, if not a reality, then at least in the process of being developed. Unless somebody's hiding something pretty big, though, that ain't happening.

4. TV Networks Will No Longer Exist

How people consume entertainment has changed hugely since 2005 — and many people correctly predicted the rise of entertainment personalization and on-demand TV. Some experts, however, thought that TiVo and its ilk would actually be the end of commercial television stations — and it's pretty clear that isn't true (yet).

The other interesting prediction? That movie previews would be the subject of a great tussle between consumers and movie studios. There were predictions of government legislation to limit the length of movie trailers, theaters offering bonuses for moviegoers who arrived to their screenings on time, and all kinds of related kerfuffle. As it is, we still have to sit through 20 minutes of ads for local restaurants and vaguely related films before we get to the opening credits.

5. The U.S. Will No Longer Have Conflicts With Violent Muslim Fundamentalists

This one is rather a big "oops". Stratfor Global Intelligence's ten-year forecast for 2005 is largely very accurate — but it echoes the popular belief at the time that the conflict between America and various violent Muslim fundamentalist factions abroad would simply... kind of go away, with al-Qaeda crushed and other groups scattered. "Expecting the U.S.-jihadist war to continue to dominate the world in 2015 — 14 years after the war started — is fairly unrealistic," the report said, adding that al-Qaeda and similar groups would "settle down" and "pursue more modest objectives". Oh dear.

6. Mutant Insects Will Be Used By The Army

This one comes from a celebrated list of 2005 predictions by the British Telecom Technology Timeline, which accumulated predictions for everything from robotic birds (actually happening!) to "smelly television" (not so much). One of my favorites is the idea of militarized mutant insects — which predictions posited would be controlled by neural implants or become genetically engineered to rain plague on evil-doers. Ant-Man is coming out this year, so I guess they weren't totally wrong?

7. Virtual Sex Will Be Popular

This is one of the predictions made by famous futurist Ray Kurtzweil, but the BT Technology Timeline believed it, too: they thought that by now, sex would primarily be conducted online, as an interface between either real or artificial partners on our computers. Yes, Durex have actually developed internet-connected "fundawear" sex toys, but we're not actually going to get to do any inputs (hurr hurr) into a sex machine any time soon.

This one comes from the well-named Institute For The Future, which set out a huge prospectus of ideas for 2015 — and thought that online cyber-worship was going to basically displace going to church or other physical places of prayer. It looks, however, like we haven't gotten that far with online worship yet; mainstream religion, unsurprisingly, seems to innovate rather slowly.

9. The No-Sleep Lifestyle Will Be A Thing

The Institute Of The Future also thought that by 2015, not only would human beings be able to exist on no sleep at all, but that it would be a normal lifestyle choice. The development of the anti-narcolpsy medication Provigil, which produces serious wakefulness, was one of their pieces of evidence. But even though checking Tumblr until 3 a.m. remains a problem for worldwide sleep patterns, it looks like we aren't yet keeping ourselves awake for days at a time for fun and profit.

I am so glad this isn't a thing. The rise of internet gaming led some people to believe that crossing swords with people in World Of Warcraft would eventually translate to online shooting ranges, where users could use their computers to aim at real-world targets. Thus far, this concept has only been used in a few art installations, including a famous one that allowed users to shoot paintballs at the artist – and that game was meant to be a cautionary tale about violence and the future of technology.

11. Food Will Be Infused With Medicine

The idea of food developed to include medication as an ingredient hasn't really come to pass, surprisingly. The rise of kale and sugar-free diets (and being smug about them on Pinterest) has eclipsed any advance in the development of "nutraceuticals", or meds and vaccines embedded in food. (Speaking of which, nobody predicted the idiotic rise of the no-vaccination trends, either.)

12. A Worldwide Bio-Disaster Will Kill Millions

This is a fairly common prediction, and unfortunately, just because it hasn't happened yet, doesn't mean it won't. In 2005, all the big future prediction think tanks, from the Elon Foundation to the Institute Of The Future, were convinced that the next 10 years would include some massive disaster that might wipe out a huge swathe of the human population. Um. Help?

13. Body Modifications Will Be Seriously High-Tech

The BT timeline was filled with body mod and fashion ideas that are absolutely bonkers — video tattoos, cosmetics that adjust to our moods , fabrics that light up from the inside, jewellery that could change texture — and that, mysteriously, haven't gotten anywhere. Come on, Karl Lagerfeld! You know you want to popularize TV jewellery.

2005 was apparently a heady time for belief in artificial intelligence and its impact on culture. Predictions went all the way, thinking that the highest paid celebrity in the world by now would be synthetic, that we'd pay to watch artificial sports players do battle, and that artificially intelligent beings would dominate the pop charts (I suppose One Direction doesn't technically count). The development of A.I. is a notoriously difficult thing to predict, though, and we're still not there yet. But the rise of the artificial pop star is actually on the way: Aimi Eguchi, a member of Japanese pop band AKB48 (which has 140 members), was revealed to be computer-generated in 2011.

15. Animal Species Will Be Brought Back From Extinction

Yeah, we've all seen Jurassic Park, this is never going to.... oh? That literally just began to happen? We're working on bringing the wooly mammoth back to life? Well, sign me up for the next trip to Mars — I've gotta get out of here before the velociraptors turn up.

More like this
How To Protect Your Digital Privacy If You Need An Abortion Post-Roe
By Kaitlyn Wylde
How Getting An Abortion Has Changed From The ’60s Through Today
By Amanda Chatel
What Is A “Softboy?” The TikTok Term & Aesthetic, Explained
By Courtney Young
Why Are TikTokers Slapping Each Other With Tortillas?
By Courtney Young
Get Even More From Bustle — Sign Up For The Newsletter