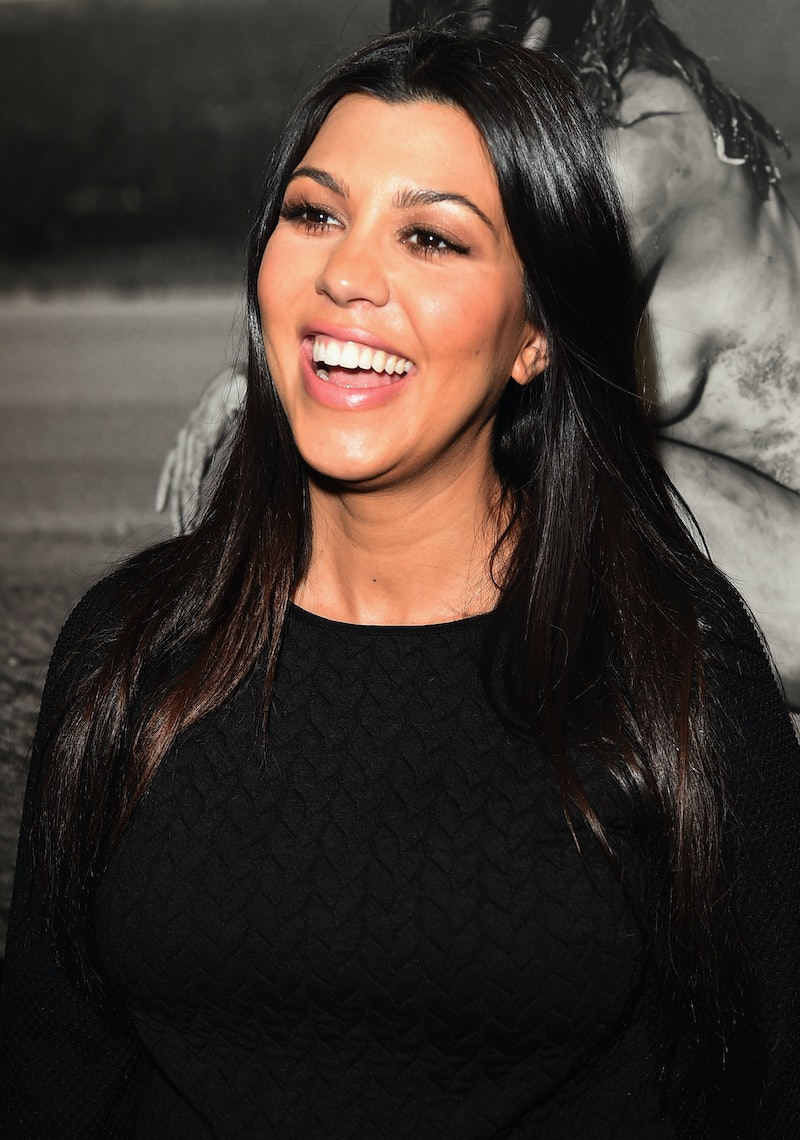 I’m not saying that it’s an irrefutable fact, but in my experience I’ve found that the eldest children in a family are typically the most wise. Sure, it could be that I am the oldest child in my family, and I am also impossibly wise and, I guess, biased, but I’ve also observed it in other cases. For instance, in the Kardashian family. To me, Kris Jenner’s first child, Kourtney Kardashian is by far the most level headed and logical one of the whole bunch. Plus, even if you disagree with my observations, there was a study that claims oldest children may very well be the smartest out of their sibling group. So, sorry little brothers and little sisters of the world, not everyone can be so omniscient.

But, back to the matter at hand: Kourtney and her infinite smarts. After watching her life and her quips for seven years on Keeping Up With the Kardashians, it’s safe to say that her wit is unparalleled. She can shut up, shut down, or enlighten a family member or a hater in one swift sentence, and that is a true skill. So, in honor of Kourt and her wisdom, here are 17 of her one-liners that you can use for almost any situation in your life. You can thank her later.

When you wake up to your alarm blaring in your ear

And then you promptly chuck it against the nearest wall.

When someone asks you what you want out of life

The first day at a new job

It was probably a bad idea that you lied so extensively during the interview.

Which is why you try to never lend her anything.

Or ANY outfit. *Maniacal laughter*

When you stay out past 10 p.m. on a weeknight

When you complain that your pants don't fit, but it's 2-for-1 taco night

When your family members ask how the job search is going

When you see people tagged in photos from a crowded, musty nightclub

"Is there a worse fate?" you ask yourself, sprawled out on your couch deep into Season 5 of Parks and Rec.

When you're in flats and your friends are in heels

When you're talking to a dull, yet hot, guy at the bar

And you want to know if you should just get rid of him now... or later.

No one insults my queen.

When your BFF's boyfriend isn't returning her calls

Or, even if he has an excuse.

When someone corrects your grammar on social media

When someone posts two selfies in one day on Instagram

You look EXACTLY the same as you did 45 minutes ago. At LEAST change the camera angle, GOD.