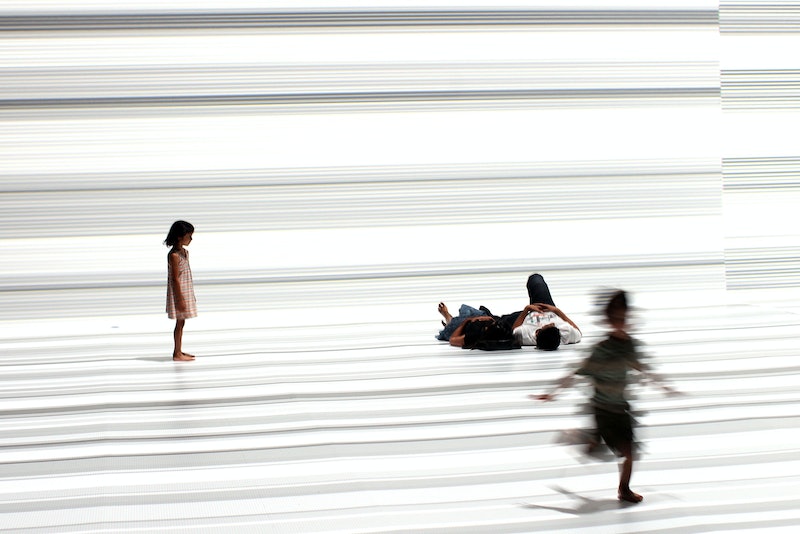 Who said technology was all bad? On Monday, child-rights group Terre des Hommes announced that they'd spent nearly three months conducting a giant sting op: nearly 20,000 Web users had contacted to a digital 10-year-old named "Sweetie," with 1,000 of them offering 'her' money for sex acts performed on camera. Sweetie was a digitally rendered 10-year-old Filipino girl who appeared on chatrooms. When adults contacted her, volunteers at desks in a warehouse near Amsterdam replied instead, taking care not to send them anything. The practice snared would-be predators across the globe: 254 of the 1,000 pedophiles who offered Sweetie money to take her clothes off were from the U.S.; 110 were from the UK; and 103 were from India.

Terre des Hommes identified the would-be child abusers, which came from 65 countries, via their Skype and social media details.

The project's director, Hans Guyt, hopes that the project — part of Terre des Hommes' initiative to stop "webcam sex tourism" — will demonstrate how easy it is to catch pedophiles who solicit kids on the Web. Though the practice is, of course, banned by the UN and worldwide laws, the crime requires a "new way of policing," says Guyt, because neither predator nor prey are likely to come forward.

The 1,000 perpetrators identified by the organization will be turned in to police. But law enforcement has mixed feelings about the Terre des Hommes' sting op: "We believe that criminal investigations using intrusive surveillance measures should be the exclusive responsibility of law enforcement agencies," Europol spokesman Soren Pedersen said.

Only six webcam sex predators have ever been caught by law enforcement.

But now that police have the identities of so many would-be pedophiles, say officials, they'll go ahead with the expected investigations. "Working with our international law enforcement partners, we will now look at the information being passed on by Terre des Hommes," said (UK) National Crime Agency employee Andy Baker.

Terre des Hommes is hoping that the success of Sweetie will encourage governments to develop "proactive investigation policies" to help counter webcam sex tourism. The practice, says Guyt, is one that many children are forced into by adults and extreme poverty, particularly in the Philippines, where Sweetie is "from."

“We want governments to adopt proactive investigation policies that give law enforcement agencies the mandate to actively patrol public Internet hotspots where this child abuse is taking place every day," noted Guyt. "The child predators doing this now feel that the law doesn’t apply to them. The Internet is free, but not lawless.”

Right now, as many as 750,000 child predators are online at any given moment. As the Internet becomes cheaper and more accessible, it's expected that webcam sex tourism will continue to grow, with devastating psychological effects on the children forced to perform for strangers thousands of miles away.

More like this
The Families Of Grenfell Tower Are Still Waiting For Justice, Five Years On
By Bustle UK
How To Fight For Reproductive Rights, Based On How Much Time You Have
By Courtney Young
Windrush Victims Are Still Waiting For Compensation
By Sam Ramsden
Boris Johnson’s Leadership Is In Question – Again
By Bustle UK
Get Even More From Bustle — Sign Up For The Newsletter