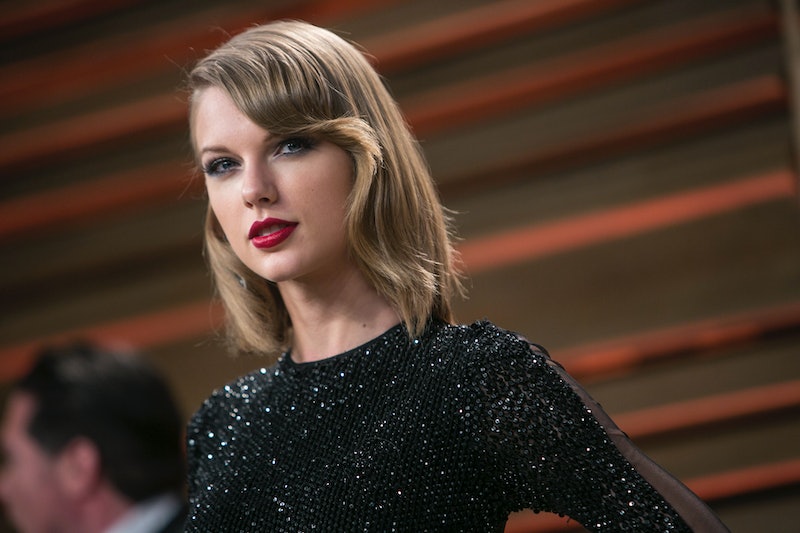 I have to be honest — I'm getting a little impatient for the premiere of Taylor Swift's "Bad Blood" video, which we won't get to see until the Billboard Music Awards on May 17, and that's just too far away. Swift has been releasing teasers for the video pretty consistently via her social media channels about who's in the video and what characters they're playing and basically it's all just a little too exciting for me to handle. A music video in superhero epic form? You've got me, now give me the goods already!

Thankfully, "Bad Blood" is hardly Swift's first music video and we've got a whole catalogue of them spanning nearly 10 years to go through to hold us over. Sure, "Bad Blood" seems like it's going to be something really special, but Swift's back catalog offers its own unique charm from video to video, and really reflects where she was both personally and artistically at the time as she grew up in the spotlight. Basically, what I'm trying to say is that "Bad Blood" isn't coming out for a few more days, so we're going to have to hold ourselves over by re-living some of Swift's past video glory. You ready? Let's do it.

This is one of my favorite songs on 1989, and the video is just so good. It's an epic of another form — like Gone with the Wind set to music or something, but all about Harry Styles. There are gorgeous costumes, romantic gestures, a sprawling manor... the whole shebang. What's not to love?

We all relate to this track about unrequited love. Why doesn't he love me? Why is he with someone who totally is not as good for him as I would be? Why am I so unnoticeable? It's angsty and immature and still had that early Swift country twang and it's great.

Anyone else miss Swift's long hair? I mean, those curls! I love this Grand Ole Opry-esque hoedown and I love the song, too — it's one of my favorites to this day. The old school cinema reference of Swift tied up on the railroad tracks is a great touch, too.

Post-haircut Swift was ready to make a change, and "I Knew You Were Trouble" was a single that really represented the shift in directions her music was beginning to take. The dramatic voice-over that starts this one off, the great lighting, the Swift-as-a-free-spirit character... ugh, it's so perfect.

This is probably the first Swift song any of us have ever heard, and aren't you glad you did? It's a fairy tale come to life, complete with costumes straight out of Pride and Preudice and so much high school angst you can feel it through the speakers. Given that swift was only 19 when this came out (and likely much younger when it was written), it's a great little time capsule of her teen years, don't you think?

The most recent Swift video is just so, so good. It's dreamy, sexy, mysterious... I suppose that's how she'd describe Harry Styles himself, heh. But let's try and forget about the fact that this is about a member of One Direction so we can joy the amazingness of the "Style" video.

This is another one of my favorite songs and it needs no introduction. It's so sassy and funny and ridiculous and I love it and will keep watching it forever.

More like this
Taylor Swift's “Carolina” Theme For 'Where The Crawdads Sing' Soundtrack Is Here
By Jake Viswanath
Taylor Swift Cries In Sneak Peek Footage Of David O. Russell's Secretive Film 'Amsterdam'
By Jake Viswanath and Radhika Menon
Sadie Sink Would Escape Vecna From 'Stranger Things' With This Taylor Swift Song
By Grace Wehniainen
Here’s How Lizzo Is Supporting Abortion Rights After The Roe v. Wade Reversal
By Brad Witter
Get Even More From Bustle — Sign Up For The Newsletter