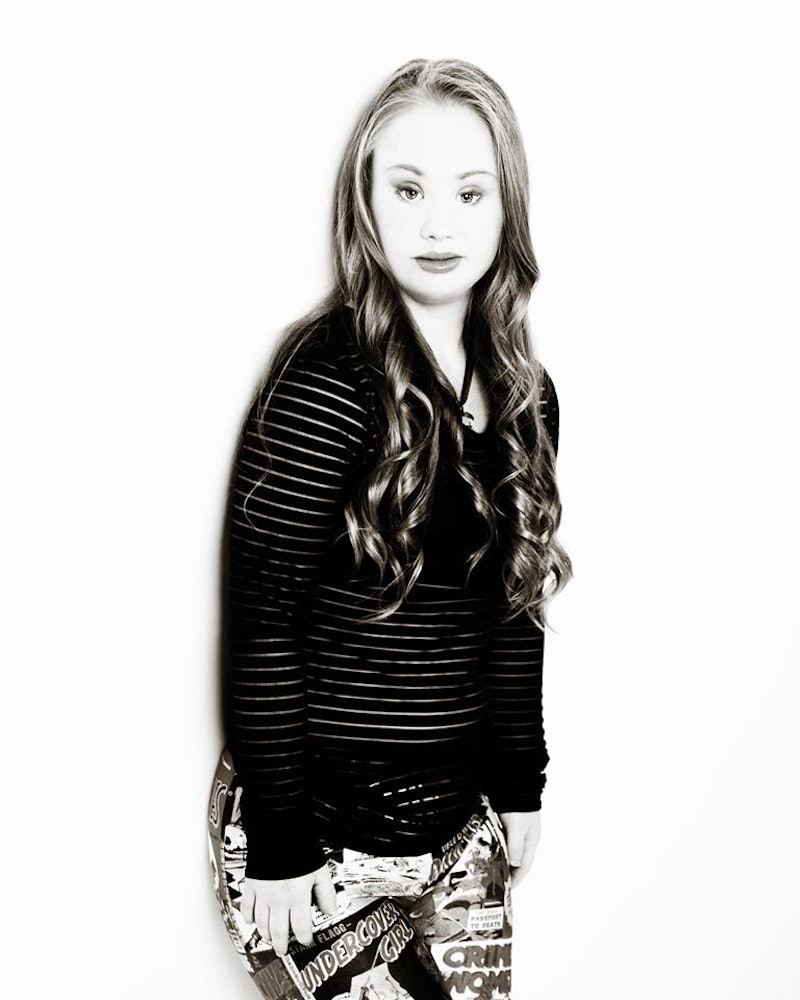 Whether it's fair or not, beauty has been defined by a strict set of guidelines that often leave a lot of people outside that box. But an aspiring model with Down Syndrome, Maddy Stuart, hopes to change all of that. The Brisbane native recently took charge of her health, leaving her 44 pounds lighter, and that much more confident. And with the support of her mom, the two are sure she'll change people's perspectives, in the mean time.

The 18-year-old is backed by her mom, Rosanne Stuart, who is her biggest fan and best friend. So when Maddy came to her saying she wanted to be a model, Rosanne wasn't surprised at all. "She loves the attention when she is up on stage," Rosanne said, "and I have always taken millions of photos of her so she loves the camera."

But realistically, Rosanne knows how harsh people can be, and how when they hear "Down Syndrome," they don't think very positive things. "Her doctors told me she would never achieve anything," Rosanne said, of her daughter who does hip-hop, cheerleading, cricket, and swims five days a week. And like Maddy, Rosanne wants people to see Down Syndrome as beautiful, just the way they do. "I think it's time people realized that people with Down Syndrome can be sexy and beautiful and should be celebrated," Rosanne said. And she's not alone. Just a few months ago, Jamie Brewer, another model with Down Syndrome walked during NYFW.

Just like both Stuart and Brewer, I think the rules of beauty need to be broken in order to be correct. Having a genetic disorder doesn't mean you can't be beautiful, and the sooner we recognize that, the more beautiful we'll all be.