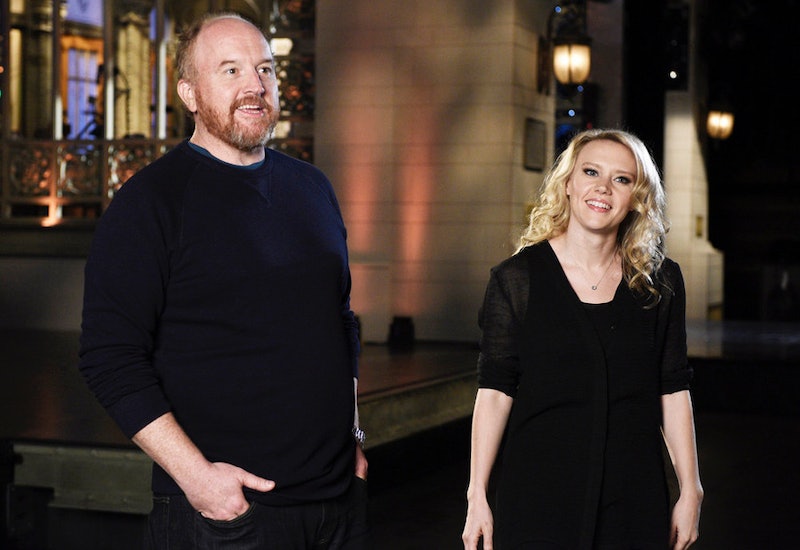 The sketch opens with a tale as old as time. A shoemaker, who was having issues with making shoes, had previously enlisted the help of a pair of elves (played by Vanessa Bayer and Keenan Thompson) to help around the shop. Unfortunately, the shoemaker feels as if his elves aren't really pulling their weight in the shoemaking process and has a serious talk with them. Except, these elves don't respond the way I would think elves would respond. Instead, the elves were looking for a little punishment for their poor work ethic.

And they didn't want to be punished in the "you're grounded," type of way. (Are elves grounded by shoemakers?) Instead, these elves were looking for some kinkier punishment. Think Red Room of Pain meets Disney. They wanted spankings, they wanted domination, they wanted the shoemaker to urinate on them. Yup.

And while it seemed like the shoemaker was upset that his elves were looking for a spanking — quite literally — it turns out, he wants nothing more than to dominate the elves. The only thing stopping him is his wife (Aidy Bryant). Bryant storms in to the shoemakers workroom, confronting her husband about his strange side-gig. She gives him an ultimatum, it's either her or the elves. Little did I know, this was one of those "pick-your-own-ending" stories, because viewers could text a number to vote for the shoemaker staying with his wife, or dominating his elves. No word on which option won. What gives, Lorne Michaels?

Ruined childhood aside, the sketch was pretty bizarre. But if SNL can't create two of the kinkiest elves on TV, who can?

More like this
“The Door Is Always Open” For Another 'Breaking Bad' Spin-Off, Says AMC Boss
By El Hunt
Dan Levy’s Father’s Day Pic Of Dad Eugene Spoofs The ‘Schitt’s Creek’ Vet’s Past
By Grace Wehniainen
All The Sneaky Lindsay Lohan Movie Easter Eggs In Her New Ad, Explained
By Stephanie Topacio Long
S Club 7’s Jon Lee Continues To Reach For The Stars
By Rachel Mantock
Get Even More From Bustle — Sign Up For The Newsletter