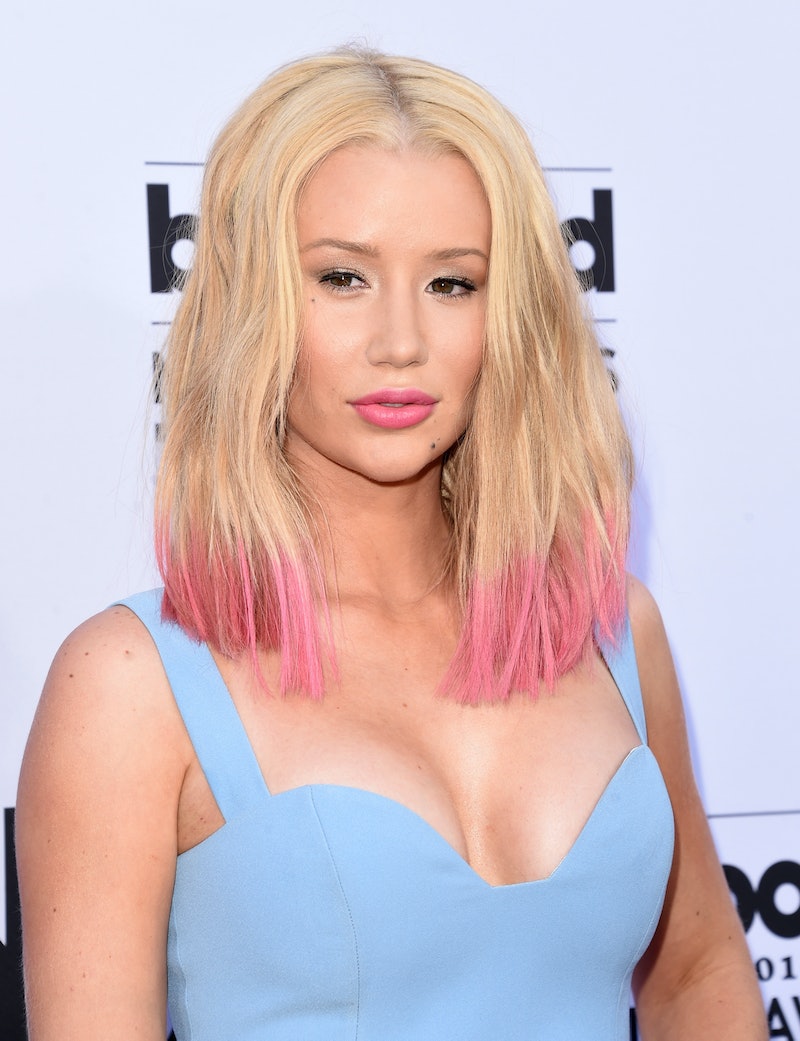 For almost a year, Iggy Azalea's name seemed tied to discussions surrounding cultural appropriation and a not-so-secret feud with Azealia Banks because of it. But Iggy Azalea at the 2015 Billboard Music Awards seems... different. Maybe it's her new friendship/collaborative partnership with Britney Spears? Maybe not. But one thing's for certain: Iggy's sartorial decision-making is on point. Oh wait, it must be the new dip-dyed pink locks!

And what better way to show you're turning a new leaf than to go for a new 'do? Taking the pastel hair trend to dip-dyed levels, Iggy is putting her own unique twist on an on-trend look and killing it. And I don't know what it is about her outfit, but it breeds excitement. In a baby blue co-ord set that seems to go perfectly with pink hair and not look like a nursery in the least, Iggy breeds excitement of new things to come. Perhaps she's ready for some change, and this look will be the catalyst. I mean, hot pink metallic shoes have got to mean something!

More like this
11 Stunning Critics' Choice Awards Beauty Moments
By Audrey Noble
Phoebe Dynevor Serves ‘Bridgerton’ Underboob In Stunning Floral Gown
By El Hunt
9 Valentine's Day Hairstyles For 2023 That Look So Dreamy
By Audrey Noble
Blake Lively Debuts Red Hair For The 'It Ends With Us' Film Adaptation
By Olivia Rose Rushing
Get Even More From Bustle — Sign Up For The Newsletter
From hair trends to relationship advice, our daily newsletter has everything you need to sound like a person who’s on TikTok, even if you aren’t.