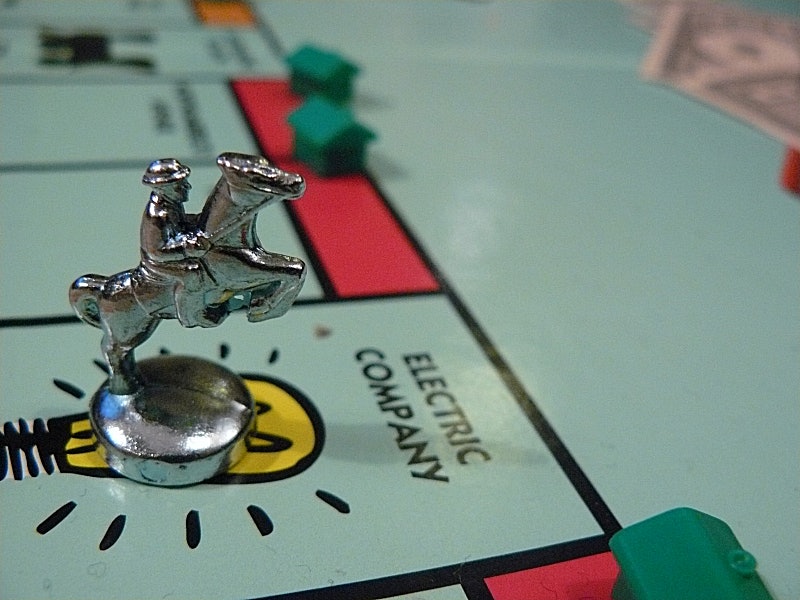 Nothing divides a group of otherwise loving and affectionate people quite like a game of Monopoly does — so I guess that means that Business Insider's video teaching us how to use math to win at Monopoly is a surefire way to make sure no one will every want to play the game with us ever again. Depending on how you feel about both Monopoly and the people closest to you, that might be either an amazing thing, or a terrible thing. The jury's still out on that one.

Here's the deal: Monopoly is a game of chance, which means that we can harness the powers of probability in order to estimate moves. How does this help? It can indentify both where the board's hot spots are, as well as whether any particular investment is going to be a good one. It's not cheating — it's just excellent strategic planning.

Y'know, my dad is a mathematician, so I do have to wonder why he didn't always win whenever we played Monopoly as a family. He's also a ridiculously nice person, though, so maybe he was just going easy on us all. With great power comes great responsibility — including knowing when not to unleash it on everyone around you.

If you, however, are not nearly as nice as my dad (and few people are — I'm certainly not, for example), here's how you can allow your deviousness to shine through the help of a little mathematical prowess. Scroll down to watch the full video!

When you roll two dice at a time, you're more likely to get a seven than you are to get any other number: There are 36 total combinations, of which six will result in a seven. Eight and six are the next most likely rolls, with five combinations leading to each; then 10 and five, with four combinations; and so on. That means that, right from the get go, you're more likely to land on the first “Chance” square than anywhere else on the board (more on why that's important later on).

Using the Rule of Sevens (which, as far as I know, is not a technical term — it just seems like a good name for it), you can also figure out when might be a good time for you to build on your hard-won properties. In the example seen here, you — the dapper top hat, of course — just landed on New York Avenue, bought it, and now own the entire trio of orange properties. The poor boot, however, is seven squares behind you on St. Charles Place. If you build a house or two now, the chances are good that you'll be able to cash in on it when Boot rolls next.

Five things can happen when you draw a card after landing on a “Chance” or “Community Chest” square: Pay money, get money, go to jail, get out of jail, or move to another square on the board. Half of the cards in each deck require you to move, which means there's a 50-50 chance you'll end up somewhere else after landing on a card square; up top are the possibilities as to where you might go. Keep this in mind for the future.

You can get sent to jail for one of four reasons: You landed on the “Go to Jail” square; you drew a “Go to Jail” card from "Chance"; you drew a “Go to Jail” card from "Community Chest"; or you rolled three doubles in a row, termed “speeding.” The probability of rolling doubles comes out to about 0.4 percent per roll — but assuming that a game of Monopoly is about 50 player turns long, that means that you've got about a 20 percent chance of going to jail for speeding at some point. The fact that there are four possible ways to get sent to the pokey also means that you're more likely to end up there than anywhere else on the board — and that the spaces following it are high up there in the chances that someone will land on them.

Using all of those numbers, we can actually determine how high the probability is for each and every square on the board. For this reason, the most valuable section of the board isn't the area with Boardwalk and Park Place; it's the section running between “Jail,” “Free Parking,” and “Go to Jail.” If you land on the orange, red, or yellow properties? Buy 'em. It'll likely pay off later on, due to the high probability of others landing on them and owing you rent.

Whew! That may seem like a lot, but it's actually only the tip of the proverbial iceberg. Watch the whole video below for more: