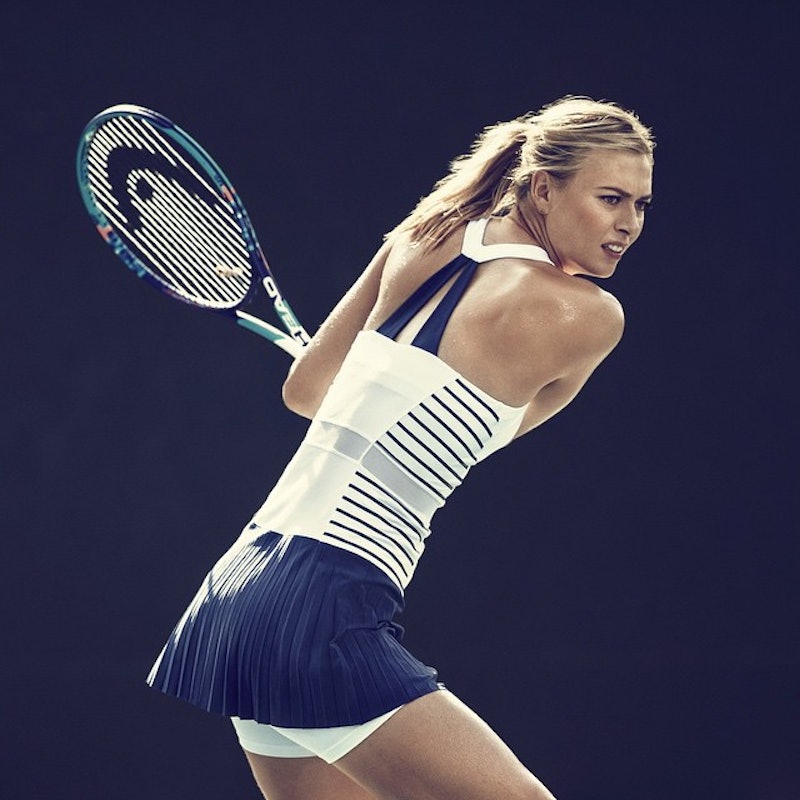 I remember back when I played tennis on my high school’s team — the Adidas Barricades were the pair of tennis kicks that all the cool kids had, but now with Nike’s latest collaboration with Colette, the totally tres chic Parisian retailer, all the high schoolers will probably chuck their Barricades to the side in favor of these fresh new shoe designs. This collaboration released two pairs of shoes that Maria Sharapova will be rocking on the courts during the upcoming French Open. Although everyone will be looking to Serena Williams for her fierce fashion (like her cover of last month’s issue of Vogue), Sharapova will for sure be looking fresh in these new Nike kicks.

Both shoes have the signature Colette blue and white color scheme and look totally fabulous. The NikeCourt Zoom Vapor 9 Tour gives a subtle nod to Sharapova by having five sneaky symbols on the midsole of the left shoe, which represents her five major championships that she’s won. And the sock liner inside the shoe has an epic quote from Sharapova herself; “I am not next to anyone, I am the first Maria Sharapova.” Tennis player or not, how can anyone not get pumped and motivated for their day after reading that?

If you’re feeling these Sharapova vibes, you can cop both shoes on Nike’s website on May 21.