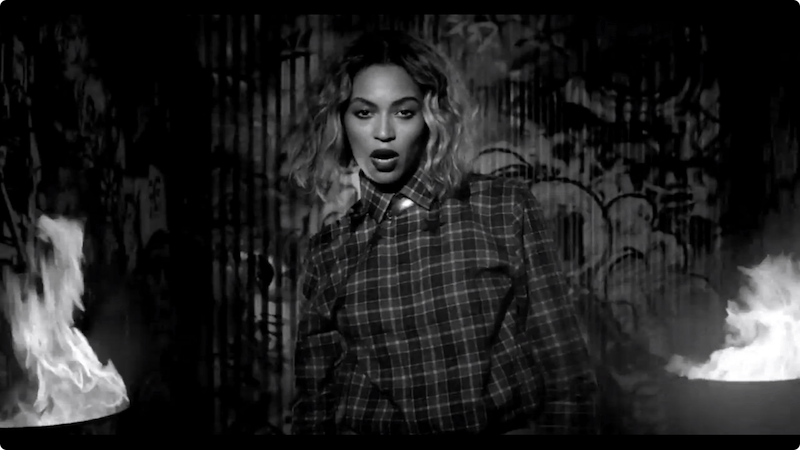 One of my favorite things about being a "grown up" is that I can eat dessert for breakfast and breakfast for dinner. But obviously that's the child in me very excited to secretly be in control of the brain, when everyone around me thinks that a mature, 30-year-old woman is in charge. Joke's on them, I guess. Irresponsible eating habits aside, as a grown-ass woman, there are certain realizations you have, and the more curmudgeonly you become, the more you refuse to settle for the kind of bullshit you might have let fly as a younger woman or as a girl.

Being a grown-ass woman just means being a woman in control of your own life, completely and unapologetically. A woman who knows what she wants and makes demands for the things she needs. Those things sound negative, or maybe just scary, but they're really not. Life's too short to be a pushover or to just simply accept an inferior product/treatment/service. It doesn't mean you have to be boring or serious and that you can't be like me and scoff donuts or cold pizza at 8am and make eggs on toast at 8pm. It just means that you've got a solid idea of your priorities and desires. When it doubt, ask yourself: What would Beyoncé do? Because you know Beyoncé ain't suffering no fools. Here is a non-exhaustive list of things a grown-ass woman should refuse to settle for.

I spent most of my late teens and early twenties in some elaborate balancing act that always resulted in me nursing blisters. A grown-ass woman doesn't wear heels that aren't comfortable, and won't settle for shitty, uncomfortable footwear. Grown-ass women don't suffer for fashion.

Bacon is bacon. Turkey bacon is bullshit. That is all.

When I think about all the fuckboys I put up with when I was younger, I want to dedicate the rest of my life to building a time machine just so I can go back in time and slap younger me in the head. Grown-ass women do not waste time on fuckboys. We've already wasted too much.

A grown-ass woman will screen your phone calls and unfriend you if you want to play the "he said she said" game, or any other social games for that matter. Grown women don't manipulate or backstab, and it's a huge relief that we no longer have to put up with high school style antics from people just to have friends.

Everyone has their insecurities, even grown-ass women. But a grown woman knows she doesn't need to settle for feeling poorly about her image, nor does she need to settle for anyone else telling her what she should and shouldn't look like.

6. Receiving anything "less than" because of her gender

Whether it's wages or catcalls from strangers on the street, a grown-ass woman becomes less and less inclined to settle for the status quo, and more motivated to stand her ground and make demands for gender equality.

A grown-ass woman lives in peace, and isn't afraid of calling 311 or the police to have it that way.

It's one thing to be inherently bad at something, like hand/eye coordination. It's another thing entirely to not know how to unclog your own sink or hang our own shelves. A grown-ass woman will not settle for anything less than practical self-sufficiency. Being helpless might seem cute when you're young, but it's much more empowering (not to mention convenient) to figure out how to use a drill.

Maybe you've been faking it in your youth, but as you grow up, you'll realize that sex isn't just about flattering a man's ego, it's about you getting your cookies in equal measure. A grown-ass woman asks for what she wants in the bedroom, and isn't afraid to be fussy about being sexually satisfied. She doesn't settle for laying there and dealing with mediocrity, and takes steps to make things orgasmic instead.

No grown-ass woman settles for being called a "Carrie". Or any other character from Sex and the City, for that matter. You are none of those one-dimensional, reductive girls. You are a complex, well-rounded, evolving human woman, and that is infinitely better.

11. Anything she doesn't want to settle for

Grown ass women don't settle, period. If we're not happy with something, we change it. We prefer uncertainty to unhappiness, and we learn to be less afraid to express our dissatisfaction, and to ask for help when we need it.