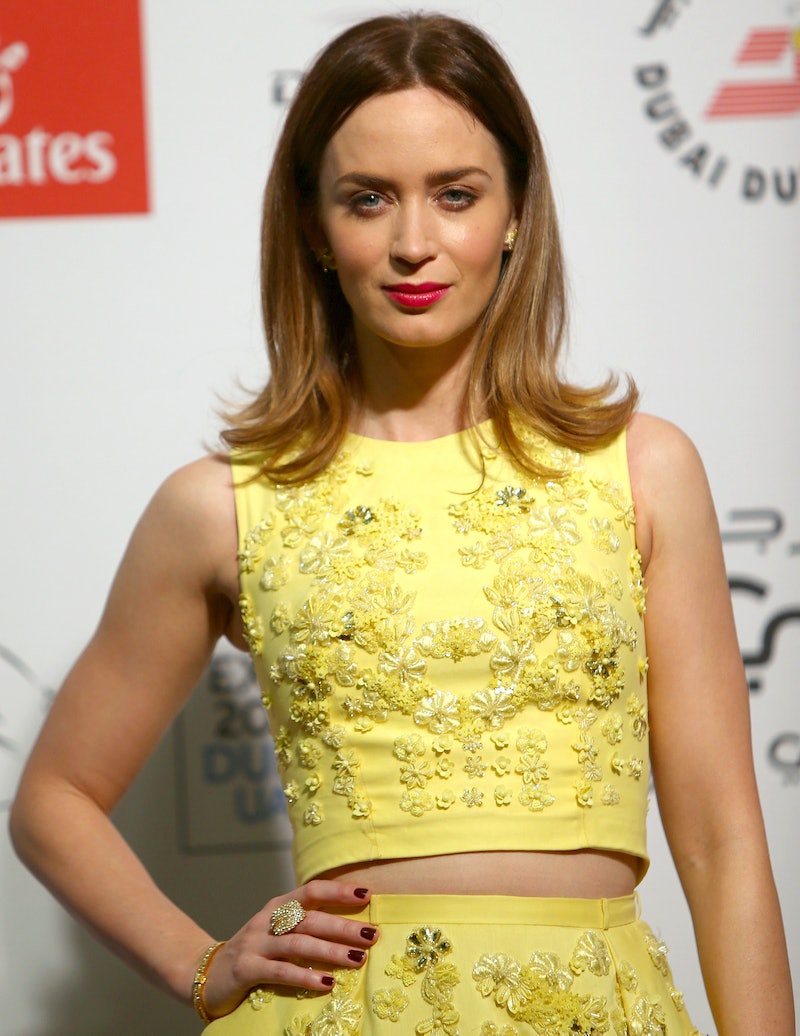 Red carpet events are becoming increasingly more and more strict. If you thought Anna Wintour's social media ban at the Met Gala was intense, you'll be shocked by the Cannes Film Festival ban on flat shoes. Women have been turned away for not wearing high heels to screenings, according to the BBC, and plenty of people, including actress Emily Blunt, are not happy about it.

The dress code has sparked a ton of backlash from the public, including actress (and badass feminist) Emily Blunt. When asked about the issue she said, “I think everyone should wear flats, to be honest, we shouldn’t wear high heels anymore. That’s just my point of view I prefer to wear Converse sneakers. That’s very disappointing.” Variety.com reports. You tell 'em Emily! As if I didn't love her enough, I now have an even greater respect and admiration for this gal.

Following Blunt's disapproving commentary on the topic, Denis Villeneuve, the director for her new film Sicario, jokingly said he and the film's male co-stars will wear heels on the red carpet as a sign of protest, USA Today reports. Heck yes! If women are forced to wear heels, men should be too, so they can understand our frustration.

Bustle reached out to Cannes for comment and received the following statement in an email:

Sounds like they are sticking to their guns on this one.

I'm not knocking high heels or anything, I love them and all, but if I was told I had no choice but to wear them, I would be downright outraged. Heels should be a woman's choice, not a requirement.

Am I right ladies?!