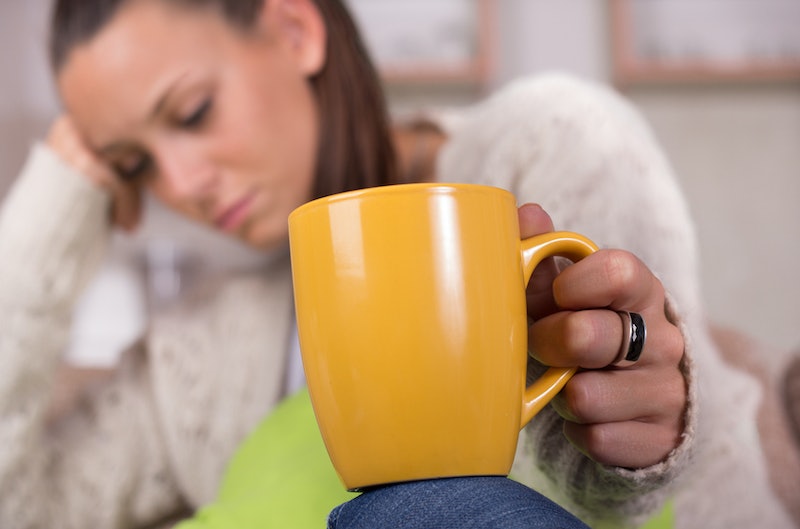 Ever since someone figured out how to turn fermented grapes into a delicious juice that makes your brain feel fuzzy, people have been desperately searching for a way to prevent the head-pounding, stomach-churning morning after. Everyone will tell you something different — greasy food! no, don't eat anything! ohmygod, obviously Gatorade is the way to go — but according to a growing number of people, Pedialyte will cure your hangover. And by people, I mean celebrities, of course, because let's be real here: if anyone is going to know how to cure a hangover, it's Miley Cyrus.

Although your memories of Pedialyte most likely stem from sick days as a child, apparently the drink is good for more than just your mom's sadistic attempts to force it down your throat after you threw up. Like Gatorade, it's an electrolyte-replenishing solution, but unlike Gatorade, the water-based drink is only 100 calories per liter. Sometime in 2012, someone realized that Pedialyte can do everything Gatorade does, and since then, adult consumption of the drink has increased by 60 percent, Cosmopolitan reports. Now, I'm not saying that this revelation occurred when a hungover parent was woken up by their child projectile vomiting all over the bathroom, but I am saying it's a likely scenario. Either that, or an overzealous pre-med student decided to conduct an experiment, like the time my friend was convinced that drinking banana vodka would prevent hangovers.

Scientifically, Pedialyte isn't a bad choice for rehydration after a night of drinking. The beverage is primarily water and minerals like potassium, sodium, and zinc, and according to medical experts, these are the perfect ingredients to cure dehydration. Alcohol is a diuretic, which causes you to produce more urine. Many doctors believe that the resulting dehydration is the reason why you feel like death personified after getting a little too crazy on Saturday night. Another potential cause is low blood sugar, according to the Mayo Clinic. You know what cures dehydration and low blood sugar? Water, artificial sweeteners, and electrolytes, which all happen to be in Pedialyte. In fact, the drink is becoming so popular for hangovers that the company has begun targeting older audiences in their advertising, using the hashtag #SeeTheLyte. Dr. Robert Swift told NBC that Pedialyte is, in fact, just as useful as Gatorade in avoiding hangovers, although he noted that we're not likely to find a real cure. There is one very important factor in Pedialyte's favor, however: Gatorade may be cheaper and easier to find, but does Gatorade come in freezer pop form? I thought not.Of course, you could just avoid a hangover by not drinking, but where's the fun in that?