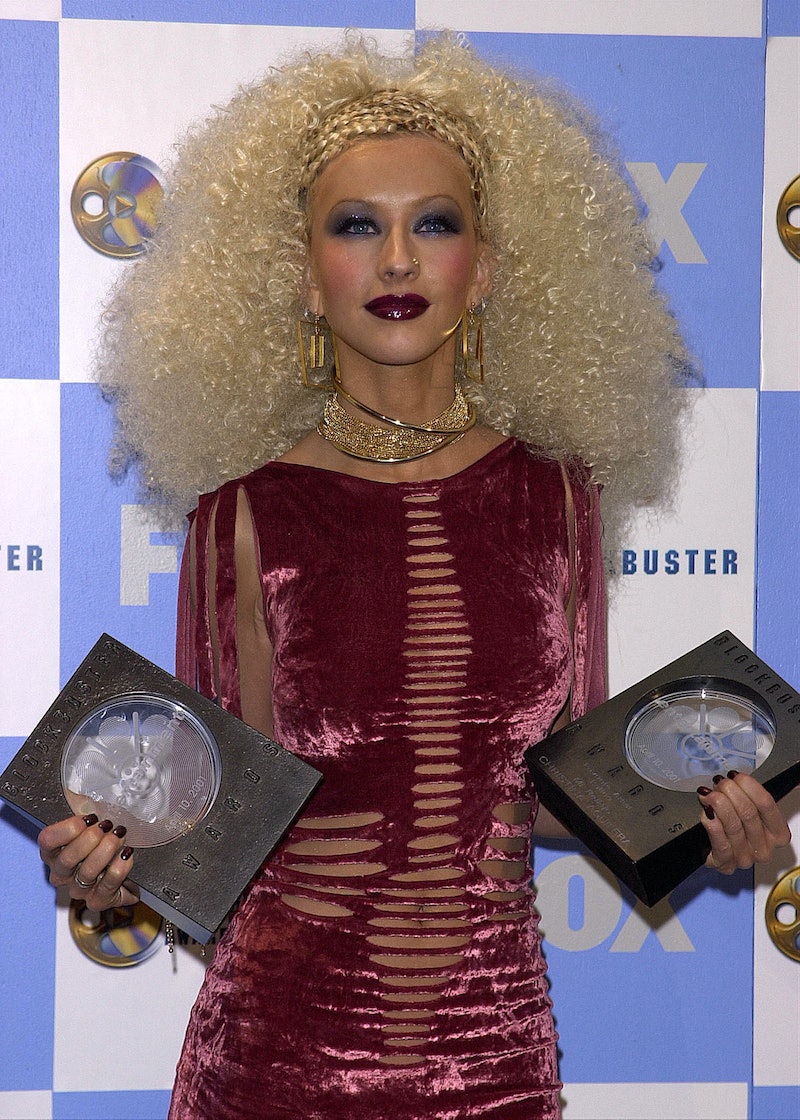 Whether she's belting her heart out at the Grammys, or throwing mad shade at Blake Shelton on The Voice, Christina Aguilera has mastered being a diva in the best way possible. Like Barbra Streisand, Madonna, and Mariah Carey before her, Aguilera knows how to bring that delicious mix of self-confidence, intimidating talent, and abrupt disregard for all the haters anywhere she goes. "But what makes Aguilera a great diva," you may be wondering, "as opposed to just some regular ol' singer with powerful pipes and big hair?" The answer is — so many things!

Aguilera first made her way into our ear-holes with "Genie In A Bottle." The song was a hit, but tried to sell her as the next Britney Spears without even attempting to feature her robust voice. It wasn't long before Aguilera shed the generic bubble gum image and started singing the songs she wanted. Along the way, she built a reputation for being a grounded, self-possessed, fiercely intelligent diva — not to mention, she's obviously the best judge on The Voice.

One of her best diva qualities, however, is her willingness to embrace her own sexuality. Remember when there was a lot of coy and intrusive coverage in the '90s surrounding then-teenager Britney Spears' virginity? Yeah, Aguilera was never about that. From day one she was like, "No, I like sex, I'm sexual, let's talk open and honestly about sex." She even hosted an MTV special right before the 2004 election called Sex, Votes, And Higher Power to combat President Bush's "abstinence only" policy for sex education. And, whenever anyone tries to slut- and/or body-shame her, she is the undisputed queen of not giving a damn.

Without further ado, here are seven times Christina Aguilera was a diva in the best way possible.

Did Britney Spears just walk under a weeping willow or something? Because, suddenly, she's covered in shade...

The Entirety of Burlesque

Full disclosure — I snuck in a twelve pack to the opening night midnight showing of this movie with three of my friends. The only people in the audience were an elderly couple and another group of 20-somethings who were even drunker than us, and I LOVED EVERY SECOND OF IT! I guess what I'm saying is that, if you didn't like this campy train wreck of a film, it's probably because you watched it sober. I highly recommend you try again. I know my calculus, and it says Cher+Christina Aguilera+Alcohol=Bliss.

Christina Aguilera doesn't suffer fools well. When she's done with you, you should probably be done with yourself.

My soul aches every time I hear her live cover of this James Brown hit at the 2007 Grammys. Susan B. Anthony would be proud.

Right as SATC was ending, SNL threw out this parody of the would-be series finale. In an iconic sketch featuring Amy Poehler, Rachel Dratch, and Maya Rudolph, Christina Aguilera was the best one. Diva, work.

Whenever She Throws Shade On The Voice

When She Was Created Her Own Lyrics To The National Anthem

OK, not her best moment, but you gotta give her points for showmanship. It takes a whole lot of fierceness to plow through a butchered version of the National Anthem in front of 80 million viewers. If it was me, I would have peed my pants and started crying immediately.

More like this
The 'Love, Lizzo' Harry Styles Scene Is Just 1 Moment That Made Fans Feel Seen
By Brad Witter
This James Bond Event At Abbey Road Studios Was A 007 Fan's Dream
By Samantha Rollins
Haim Reacts To Stevie Nicks Wanting To Sing Their Song To Christine McVie
By Radhika Menon
Adele Freaks Out After A Fan Used A Filter On Their Selfie At Her Show
By Radhika Menon
Get Even More From Bustle — Sign Up For The Newsletter