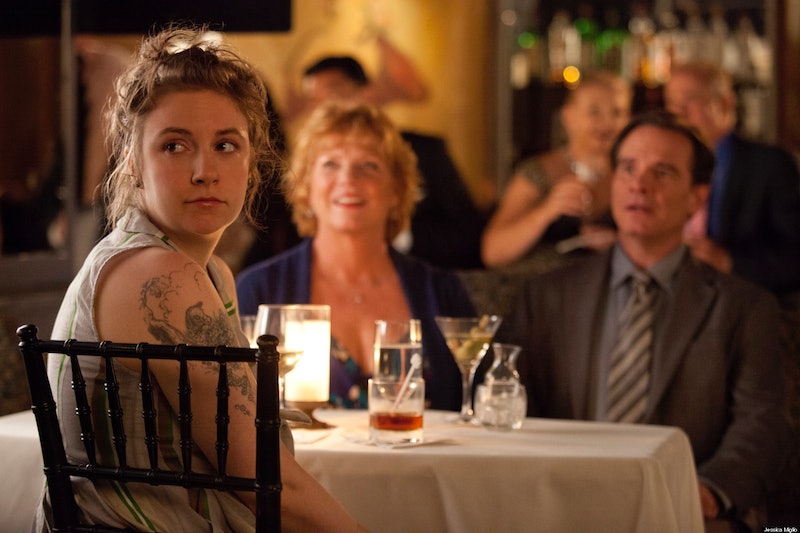 Graduation Day can bring a lot of fear and uncertainty to your life — sure, you're proud of your accomplishments, but you're also worried about finding a job, being back in your hometown, and the worst of the worst, moving back in with your parents. Unless you find a job in your college town right off the bat, chances are you'll be back on your home turf and struggling to survive with your new-found Bachelor of Arts education and brand new sense of independence.

Graduates of 2015, I know how you feel. I was also forced to relocate from my college town, where pizza was flowing, back to my dad's place, where old and possibly expired Campbell soup cans reigned supreme. Even though I pretty much mastered the art of having frown lines leading up to the inevitable post-graduation move, I soon realized that moving back was one of the smartest choices I could have made at that time.

The first thing you need to remember is the fact that while you felt independent throughout college, you were pretty much just on the borderline of true adulthood. This location snafu doesn't mean that you're permanently living under the same roof you did as a high schooler. In fact, it's only an awkward situation as long as you make it an awkward situation. True adulthood will shine once you have the time to visualize your game plan, and make things happen. Living with your parents is a stepping stone towards moving forward, and (eventually) getting a place you can comfortably pay for yourself.

Still not convinced? Here are a few reasons as to why living with your parents after college can be pretty darn awesome.

Rent is the worst thing in the world. Chances are, you're not financially stable enough (or mentally stable enough) to own your own home, so your first place out of college will probably be an apartment that you share with a friend or two (or a complete stranger). If you get an entry level job, there's a good chance that a majority of your paycheck will go into rent, as well as electricity and water and all of those other stupid yet important utilities that you didn't think twice about before signing the lease.

Your parents are probably allowing you to crash with them for much cheaper. Even better, you don't have to buy your own furniture. You'll deal with the twin size bed for now, since it's better than laying down the hard-earned green for something bigger and not-yet-assembled.

Nostalgia central! If you're bored, chances are you have quick access to your old prom photos, or junior high yearbooks. It's way more fun to look up the name of that oddly-attractive-yet-kind-of-smelly kid that had his locker next to yours, than go through Facebook's "people you may know" for two hours.

It's also fun to sort through all of the stuff that just wasn't important (or slightly too embarrassing) to bring to your off-campus apartment — Beanie Babies, American Girl Dolls, and all of the other stuff you're holding on to for the memories/the chance to maybe make five dollars on eBay someday.

3. The opportunity to strengthen your relationship with your family

This is the perfect time for them to view you as an adult, and not just their youngest spawn. Even though the three of you might run into some bumps along the way, it's a great opportunity to try out new roles and get to know mom and dad as people, instead of naggy humans who gave you a strict curfew after prom.

4. A sense of accountability

OK, so even though I just made the prom-curfew-quip, it is kind of nice to reign in your social calendar a bit. Your schedule is sure to change after you find a job, and it's important to know that your college hours just might not cut it anymore. Just the feeling that you have someone back home that is worried about you might make you realize pretty quickly that, in the words of Ted Mosby, nothing good happens after 2 a.m.

It's nice to have constants in your life, especially when you're going through such a major transition. If you've been looking for a job for six months to no avail, or if you found one that treats you like a doormat based on your young age, your parents are a great source of support. They've seen you cry over skinned knees, so they'll definitely know how to handle the real world stuff.

No matter what, it's just nice to have someone in the house after a bad day. It sucks to be alone while stressed.

You might need to chip in for things that aren't the basics (since for some reason, your parents are terrified of trying hummus), but chances are, your parents have put together a pretty amazing pantry of old timey snacks. The numerous packages of E.L. Fudge cookies and Nutter Butters will remind you of childhood, and the 900 jars of peanut butter and jelly (there was a sale!) will let you know that even if you don't like what's for dinner, you can always make yourself a quick sandwich.

Similar to the rent argument, but so much different. By living at home, you're able to build up your savings to a point where you'll finally feel (somewhat) financially secure. This nest egg will come in handy down the road, especially if something unexpected and medical happens. You'll feel way more in control of your own future by putting some cash aside while you can.

8. The chance to truly embrace your work social life

If you feel bad since you kind of ditched your high school friends after college (let's face it, you probably needed the break anyway), there's a chance that your social bar might be kind of low. Yes, that was a Sims reference.

When you feel like the lone wolf in your old town, chances are you'll be more willing to accept that lunch date invite from your coworker, or attend happy hour with the office receptionist. These small events make work a lot more fun, and they're definitely important to help keep you sane from 9 to 5.

9. You already know your way around

You grew up here, so you know where absolutely everything is — but at the same time, so much has probably changed in the last four years, so you'll always have a chance to be intrigued. Unlike before, you'll finally be able to check out the local bars (even if they don't have the best reputation), and enjoy hometown nightlife, and not just hang out at the local Shop-Rite like you did in high school.

10. Access to all of the old VHS tapes you could ever ask for

Your house contains all of the Disney classics in those giant plastic bubble cases, as well as a working VCR. It's the perfect place to rewatch The Little Mermaid the way you remember it, because while remastered animation is amazing, it's just not the same. You'll even uncover a few not-so-classics that you don't even remember. The Great Mouse Detective? Eh.