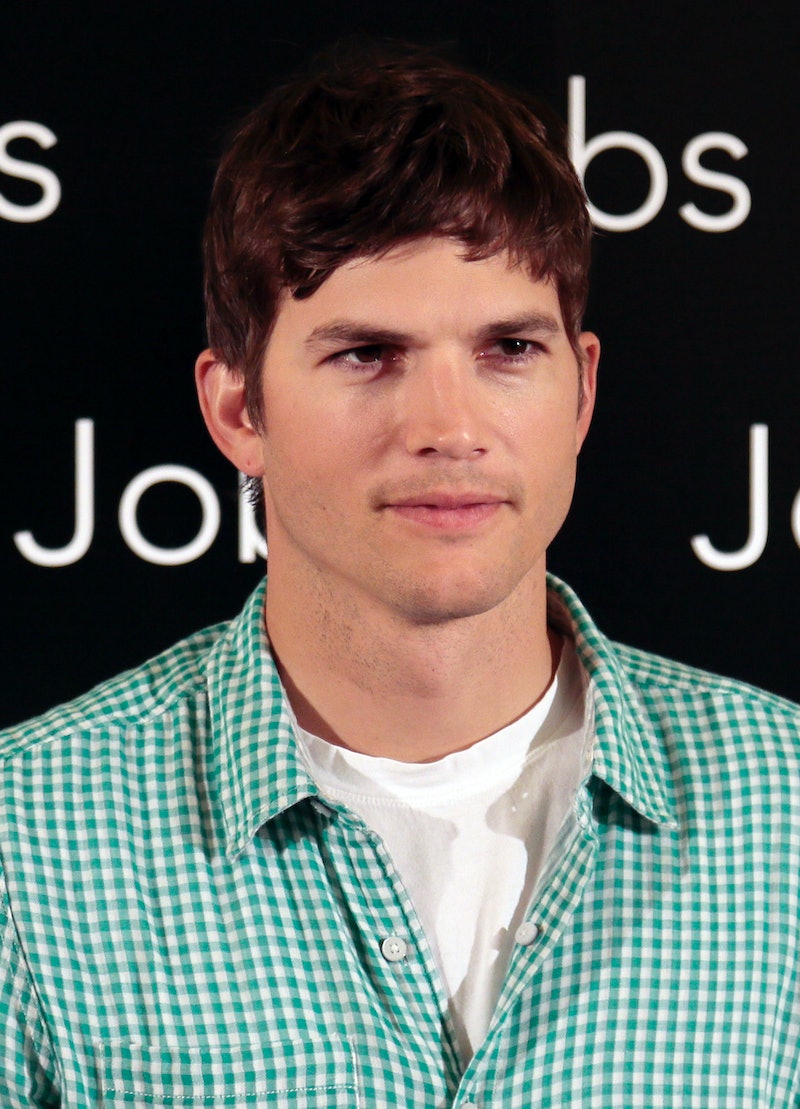 It's hard not to get excited when a celebrity, especially a beloved famous couple, welcomes a child. Ever since I can remember, it's something the media has shared with the world. Plus, marriage and babies in Hollywood being news comes with the territory of being a star — even though some will disagree that this is news. With that said, if celebrities don't want their children's photo taken or shared publicly, then that's something everyone should respect. For example, Ashton Kutcher doesn't want photos of Wyatt Isabelle plastered all over publications, including print, online, and even social media.

On Tuesday, photos of Mila Kunis and Kutcher's daughter spread across the Internet like wildfire, especially since Wyatt is rarely seen — and for good reason. Kutcher was spotted in Carpinteria, Calif. with his baby girl. Of course, paparazzi took their picture and now it's all over the Internet. Granted, it's hard for celebrities to avoid photogs, but if a celeb requests that the identity of their child remain protected, then that's all there should be to it. It's all about consent from the parents and if there is none, then those photos shouldn't be used.

As for Kutcher, he shared the following tweet on Tuesday soon after the photos of Wyatt went live:

Enough said. Don't use photos of Kutcher and Kunis' child, unless they give consent or share photos of Wyatt themselves.

The issue of celebrity parents boycotting publications who purchase photos of their children isn't a new topic of conversation. Celebs like Kristen Bell and Dax Shepard have spoken publicly and written articles detailing why they want people to not buy magazines or any publication showcasing photos of celebrities' children without the parents' consent. Their anti-paparazzi campaign is something many famous parents have joined. Plus, many famous faces are thrilled the state of California is backing them, including the likes of Halle Berry rejoicing in California's anti-paparazzi law for kids.

Many publications, like Just Jared and Entertainment Tonight, have also banned paparazzi pics of children. However, it's clear that some publications are still running the photos and angering celebrity parents along the way, including Kutcher.