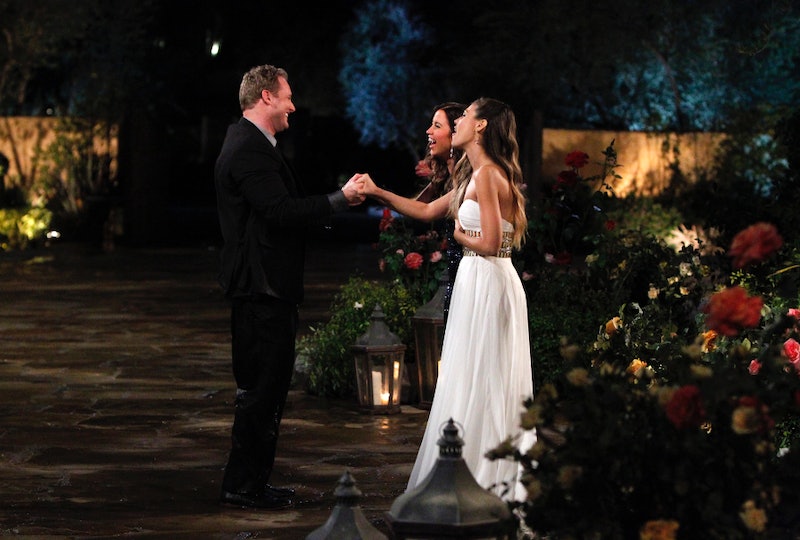 After a long two-hour premiere, ABC wasted no time on Tuesday announcing that Kaitlyn Bristowe will be The Bachelorette . But with Kaitlyn's victory, came Britt Nilsson's loss — and the hardest part of the twist was how The Bachelorette totally brushed Britt under the rug within five minutes of the show. Chris Harrison opened the second episode by telling Britt that she lost the vote, and then she was summarily put into a limo and sent on her merry way without so much as a chance for the news to sink in.

Poor Britt just kept repeating that she was shocked, surprised, and sad. "I just really felt like I met a lot of really amazing people," she lamented. "I really wanted it. I still appreciate being allowed to be apart of this ... [but] I almost wish that I hadn't met them because that makes it a lot harder to walk away from." She seemed stunned as the limo took her home, but the show wasn't keen on dedicating a lot of time to her sadness now that it had a winner.

Within seven minutes it pushed Britt aside and moved onto the happy news of Kaitlyn being the next Bachelorette. I think she'll be a great one, but I do think Britt's feelings deserved a little more attention. When Chris Harrison told Kaitlyn the good news, her first thought was for her fellow competitor. "I feel wrong being that excited ... is she OK?" Kaitlyn asked the host. Harrison assured her Britt was fine, which I didn't feel was entirely true. "She took it really good," he said. "She's surprised and a little bit upset, [but] she's good."

Having seen her shocked and tearful exit, I wouldn't really call that "good," but OK. It's clear The Bachelorette isn't going to dwell on Britt this season now that she's not the winner. I personally think she deserved better, or at least a little more time to grieve her loss before being stuffed into a limo. But with a show that started off by pitting two women against each other, I guess a merciful treatment of the ousted girl is just not the kind of season we're in for.