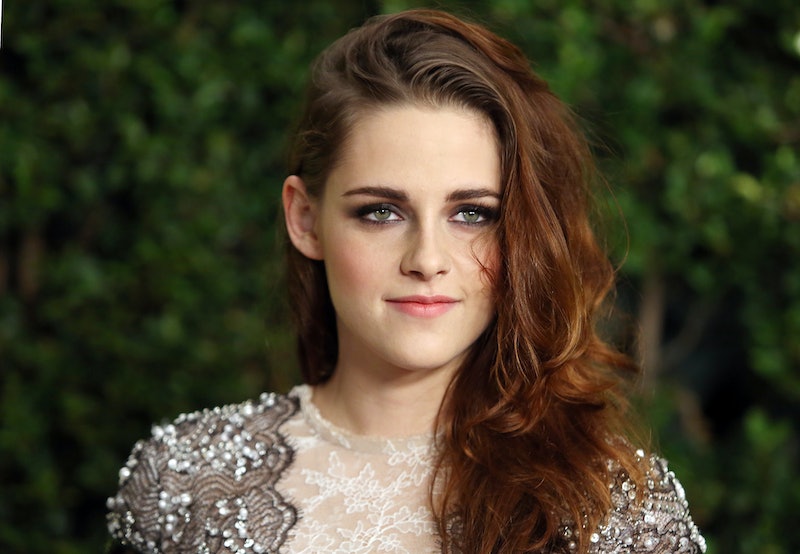 Kristen Stewart fits an intriguing dichotomy. She is both extremely open about voicing her opinions when she has an issue, but also is a very shy and introverted individual naturally. As expected, this has caused her to be involved in some interesting social interactions throughout the course of her career. Appearing on talk shows is usually a very unforgiving event, and it is especially when you're young, tired from being part of one of the biggest movie franchises ever, and not into small talk. Let's just say, when appearing on the Late Show With David Letterman , Kristen Stewart had some very strange and awkward moments. Letterman is ending his tenure on the Late Show on Wednesday. As for Stewart, she's lived to tell the tale of her sometimes cringe-worthy interviews.

I sometimes find the idea of small talk far too daunting myself, so imagining someone like Stewart, who obviously is very shy, having to come up with funny stories and act silly and cute to make the host and audiences laugh — sometimes multiple times A DAY — sounds terrifying. So, yeah, I understand her struggle.

Plus, sometimes you need some of that inexplicable chemistry with a host, like Letterman famously had with Bill Murray, Julia Roberts, and Jennifer Lawrence. Stewart, quite frankly, did not have that with the Late Show host, which resulted in some really awkward television.

EXHIBIT A: Her first appearance to promote Twilight in 2008

WARNING: WILL CAUSE CRINGE. Stewart's first appearance landed her on TIME's list of most disastrous, yet memorable, Late Show interviews, in between the legendary interviews with Joaquin Phoenix and vintage Madonna.

Where to start with this? The actress is noticeably uncomfortable and her body language says it all. She is very self deprecating when talking about her education, and Letterman keeps egging her on about continuing school, even though it's obviously not something she wants to speak about. She also gives this epic line: "I definitely have a future in academics, it's just not a conventional one," followed by awkward laughs.

Letterman started to wrap this situation up by saying, "Everybody is different. You and I, couldn't be more different." I've never been more happy to see an interview end, especially considering the comedian didn't come off as very accommodating to the nervous star.

EXHIBIT B: Kristen returns to promote The Twilight Saga: Eclipse in 2010

She returns! I was shocked that after the first time, Stewart would even consider coming back. Maybe it's just the Kristen Stewart fan in me talking, but I hoped for a smoother run this time around, but this interview wasn't much more comfortable to watch. It kicks off with Stewart trying to not roll her eyes at Letterman's vampire joke, which she had probably heard a few thousand times. Laughter from the audience keeps going over Stewart's head, and that's when it's clear that she is over this. They even brought photos of her "wolf hybrid" dogs to save the conversation, but when Kristen Stewart doesn't want to talk about something anymore, she most definitely won't entertain you.

Like she's said in the past, she doesn't feel the need to act like someone she isn't and doesn't like to be told how she needs to act — especially not if that means "cute" or "funny." This is one of the reasons I admire her, and if these moments on Letterman prove anything, it's that she isn't afraid to make people uncomfortable if it means staying true to exactly who she is.