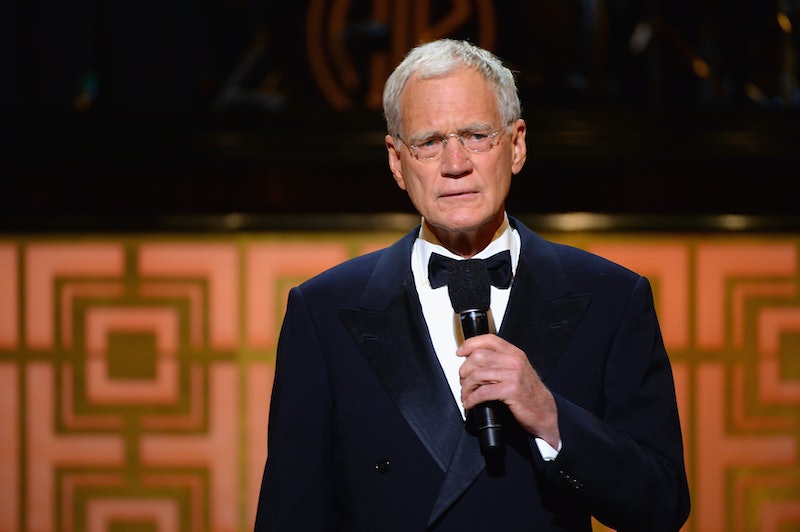 The time has finally come for David Letterman to walk away from late-night television and he is leaving quite a wake in his stead. Letterman has changed the landscape of late night television in a drastic fashion over the course of his 33 years on air. Letterman will sign off for the last time during his last run on The Late Show, which will air on Wednesday night and carry over in the early morning hours on Thursday. As the time approaches to say goodbye to the iconic David Letterman, it's important that we look back over his illustrious career and pay proper homage to the man who changed the course of late night television as we know it.

As Variety noted in a tribute to Letterman's enduring impact on late night entertainment, the current state of late-night television is because of David Letterman, "who bravely left a sure thing – at one moment his Late Night was the coolest thing on TV – for an uncertain one, and pulled it off. Leno won more viewers, but Letterman proved the distinction was in some ways negligible. Now, as TV viewing continues to fragment, advertisers say they are placing more emphasis on audiences that demonstrate true passion, not necessarily the shows that always draw the biggest crowds."

Letterman has been largely influential in transforming late night entertainment into what we know and love today. Never afraid of taking chances, Letterman has experimented extensively with the genre and his creativity and innovation have permanently changed late night television for the better. As Letterman's final moments approach, let's make sure we all remember just how much he has done over the course of his miraculous career, as well as keeping in mind how David Letterman fits into the larger landscape of late-night programming.

David Letterman and then-wife Michelle Cook move to LA as Letterman pursues a career as a stand-up comedian and comedy writer.

Letterman gets his break into stardom when he performs stand-up comedy on NBC's The Tonight Show with Johnny Carson on November 24, 1978. Eventually, Letterman becomes the permanent guest host of The Tonight Show, guest hosting over 50 times.

Letterman signs with NBC to host a daytime talk show. The show launched on June 23, 1980, and was cancelled just three months later after struggling to find an audience.

Johnny Carson announces his plans to retire from The Tonight Show. Letterman believes he will be the obvious choice to carry on Johnny Carson's reign of late night TV.

Carson retires. NBC replaces him with Jay Leno and overlooks Letterman for the position, launching a now-infamous rivalry.

Letterman moves to CBS to compete against Leno with The Late Show with David Letterman which first aired on August 30, 1993. Conan O'Brien replaces Letterman on NBC.

Letterman regularly beats Leno in ratings until Leno conducts a landmark interview with Hugh Grant on July 10, 1995, in which Grant discusses his arrest for soliciting a prostitute in Los Angeles. After the Hugh Grant interview, Leno dominates late-night ratings.

O'Brien takes over Tonight, and Leno gets a prime-time hour. This plan doesn't work; Leno returns to Tonight, and O'Brien leaves NBC. In October of 2009, Letterman is a victim of a blackmail attempt, after a blackmailer threatens to reveal Letterman's affairs with female staff if Letterman didn't pay the blackmailer $2 million. Letterman worked with the Manhattan D.A.'s office to catch the blackmailer, who was revealed to be Robert J. Halderman, a producer for CBS' 48 Hours.

David Letterman receives on of the highest honors given to entertainers when he is announced as the recipient of The Kennedy Center Honors.

The Kennedy Center said of Letterman:

[He] is considered one of the most influential personalities in the history of television, entertaining an entire generation of late-night viewers with his unconventional wit and charm.

Letterman hosts his last round of guests as the time for his final show approaches. Letterman's last appearance is on May 20, 2015. Stephen Colbert is set to take up the position as his replacement in September 2015.