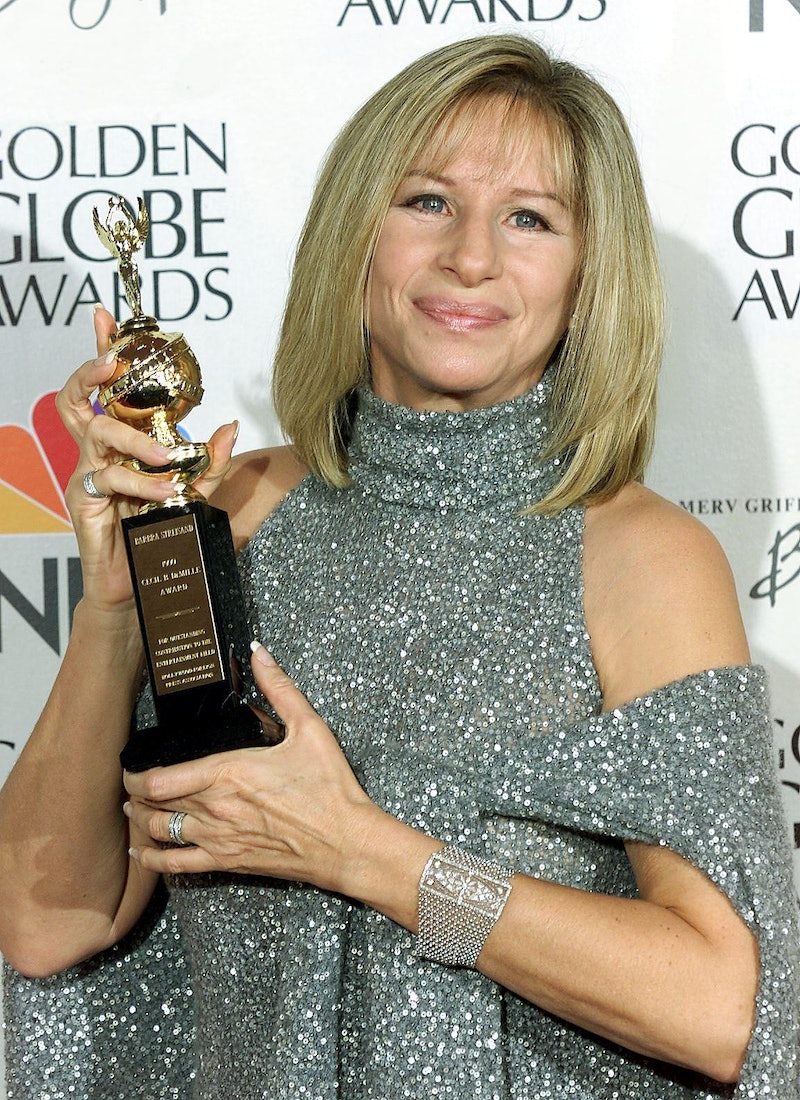 Nothing can rain on this parade, because the long-anticipated Barbra Streisand memoir is finally coming. The EGOT winner — five Emmys, eight Grammys, two Oscars, and one Tony, to be exact — is famously tight-lipped about both her career and personal life, so fans are sure to devour her life story in her own words. Viking announced the upcoming memoir, slated for 2017, on Wednesday. In a press release emailed to Bustle, Viking wrote the memoir will encompass memories from her childhood, share stories about her career on stage, screen, and in the recording studio, and Streisand will also use the opportunity to reflect on her life.

President and publisher of Viking Brian Tart spoke out in his the email about what it means to have the dream Streisand memoir under his publishing umbrella:

Barbra Streisand’s memoir is the entertainment story that has been on the top of every publisher’s wish list for years. She has led one of the most fascinating and accomplished careers in show business. There are over 50 unauthorized biographies about Ms. Streisand that are full of myths and inaccuracies, and she is finally going to tell her own story. I am thrilled and honored to be publishing her at Viking.

Not only is there loads of misinformation out there on the singer/actress, but Streisand has be notoriously annoyed by the countless biographies. But until now, she never set the record straight.

Streisand once described herself as the "actress who sings," but she's so, so much more than that. She's an icon. Born in Brooklyn in 1942, Streisand had her breakout role as Fanny Brice in Funny Girl on the stage in 1964 — a role she reprised in the movie version of the play in 1968, which earned her her first Academy Award. She earned an Oscar nod again for The Way We Were, alongside Robert Redford, and won a second time for best song in 1976 for A Star is Born.

And she's still killing it. Her latest album Partners debuted at No. 1 on the Billboard Charts, which earned her the distinct honor of being the only performer ever to have hit No. 1 for an album in six consecutive decades. We all bow down to you, Barbra.