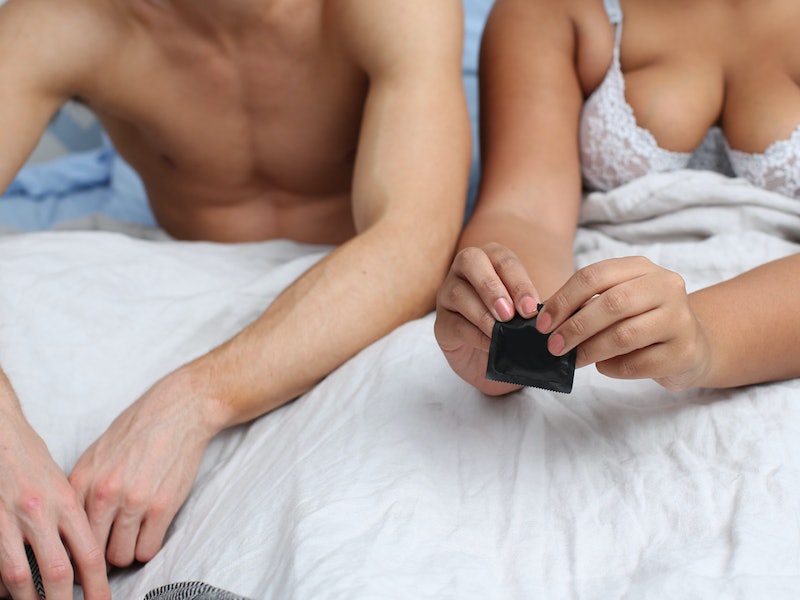 Getting tested for sexually transmitted infections is really fun, said no one ever. The only thing that may actually be worse than getting tested for STIs (a term often used interchangeably with STDs, though the latter is technically more advanced) is talking about STIs — especially with a new partner. Cue the awkward silences and unexpected stuttering. According to new research from Indiana University's Center for Sexual Health Promotion, there's a disconnect between the public message meant to sensitize people to STIs and the actual conversations about STIs, or lack thereof, in the bedroom. Apparently discussing your infection status isn't the sexiest form of foreplay?

The study polled 181 sexually active men and women with an average age of 26 and found that only about half of respondents felt "very comfortable" talking about STIs with their partners.

Despite all the public health messages we receive, there is still a stigma attached to STIs. According to the Center for Diseases Control and Prevention, there are about 20 million new infections in the United States each year. You are at risk for an STI whether you've had one partner or 50, despite all the promiscuity stereotypes out there. Testing against STIs and using protection should be a central part of any committed relationship, but it's also a conversation all sexual parters should have (yup, even with a one-night stand).

Margo Mullinax, who ran the study, suggested that public health campaigns need to provide tips and tools with regards to having sexual health conversations with your partner. They also need to address the stigma surrounding STIs and work towards normalizing STI status.

Got that, folks? STIs do not make anyone a lesser person, and talking about them need not be as awkward as you think. Besides, talking about STIs with a sexual partner actually makes you both more likely to get tested.