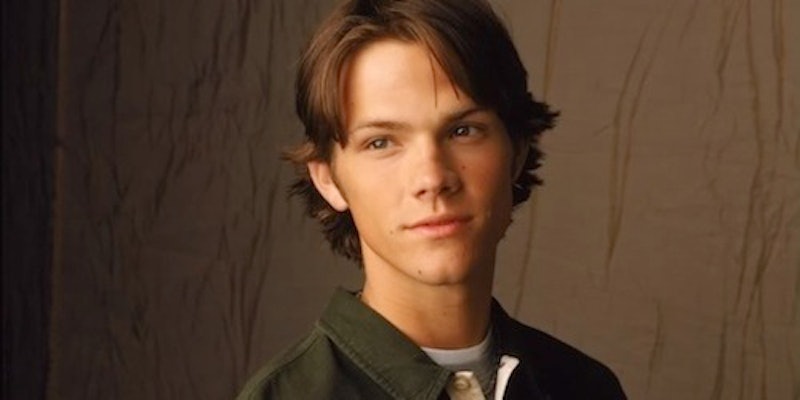 I am about to share a very unpopular opinion in the Gilmore Girls' fandom, but I honestly feel it needs to be said: Rory Gilmore's first love, Dean Forester, was actually an awesome boyfriend. Well — for awhile he was, anyway. Before Jess arrived on the scene and Dean started desperately trying to hold onto Rory (and way before Dean cheated on his sweet wife Lindsay) the kid had his moments! Plus, it didn't hurt that he looked like Jared Padalecki.

And, as much as I loved Rory and Jess together during the course of the series, Dean was an excellent starter boyfriend for Rory when he was introduced in Season 1. If the dream is to fall for a guy who is kind, not pushy, and good with your family — and it is, really — then Dean was quite the catch. Just because he went off the rails later is no reason not to appreciate all the times he was a total sweetheart.

The fact that Dean was a nice guy (and not a "Nice Guy," it should be noted) is often lost in the conversation. Did he screw up as the series went on? Yes — he became the reigning king of screw ups. However, back when he was Rory's first boyfriend, he was a guy who would watch movies with her on the couch with her mom, he was the guy who made her thoughtful gifts, and he was the guy who spent hours at book fairs with her just because it made her happy. Love him or hate him, Dean had his moments.

When He Made Rory A Bracelet

Maybe I'm just a sucker for a man who can get crafty, but it was incredibly sweet when Dean made Rory a bracelet for her birthday. It was way more personal than something he could have picked up at the mall, and it showed Rory he actually cared. It was such a thoughtful move on Dean's part, in fact, that it's no wonder Rory fell for him.

His First Date With Rory

How many guys would be happy to spend their first date with a girl and her mom watching Willy Wonka & the Chocolate Factory? I'm going to guess the answer to that question is "one" — and it was Dean.

When He Reassured Lorelai Nothing Happened The Night Of The Dance

When it came to protecting her daughter, Lorelai was fierce — but Dean still faced her with a strong façade after he and Rory ended up accidentally spending the night together post-dance. Even though nothing happened between them, Dean knew how freaked out Lorelai would be, and he made a point to make things right with her.

When He Faced Dinner With Rory's Grandparents

I was always impressed by how Dean embraced Lorelai's family. Rory's mother and her grandparents were her world, and Dean respected that. Even when Richard completely flipped out on Dean, Dean mostly remained calm — and he even made an uneasy peace with Richard. Eventually.

When He Taught Max About Dating A Gilmore Girl

Dean's best quality was his attentiveness: He was crazy observant when it came to Rory's likes and dislikes (and Lorelai's, even). He knew them so well, in fact, that after dinner one night, he knew they would buy him and Max ice creams even though they said they were full. He may have been younger than Lorelai's then-boyfriend Max, but he was the one who schooled Max in the ways of dating a Gilmore girl.

When He Learned To Dance For Rory

Dean was not big on dancing or wearing suits, but he did so on multiple occasions for Rory. He reached peak charm when he learned to dance for Rory's debutante ball, though. Neither one of them were graceful on their feet, but Dean committed to learning so he could fulfill all of the required "good date" rules.

When He Took Rory To The Book Fair

Dean did not love reading, but he did love Rory. When he took Rory to the book fair and carried around her growing stack of books, he made my book-loving heart melt. This was during the start of Rory and Dean's problems, but, for the most part, he was a good sport about her idea of a good time.

When He Comforted Rory

Dean was off official boyfriend duty at this point, but when he helped Rory through her school-related meltdown, it was a genuine act of kindness. Yes, they took things much too far later, but even after they were not dating anymore, Dean was there for Rory when she needed him.

When He Respected Her Choice

Dean did not want to let go of Rory when he realized she had feelings for Jess, but ultimately he let her go. He still loved her and he still had her back, but he respected the choice she made. When they got back together in Season 5, Dean once again realized their relationship was over before Rory did, and he stepped away gracefully. Even though he made more than his fair share of mistakes, Dean was a decent man at heart.