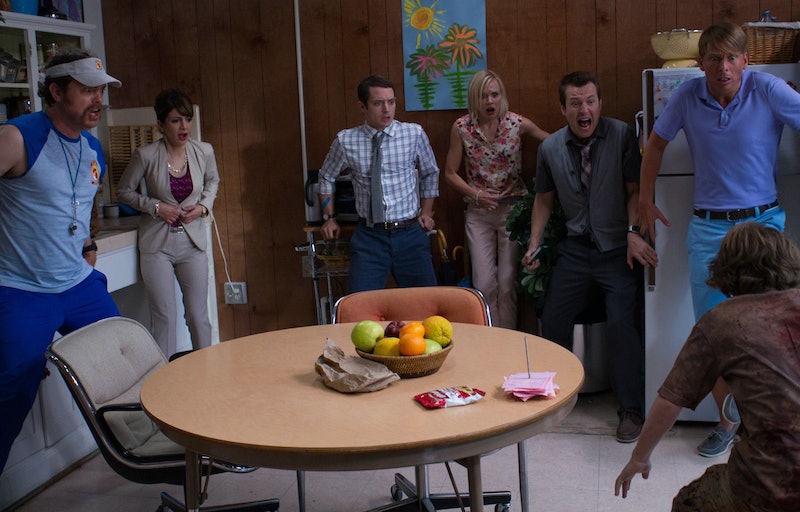 You may have already heard that Elijah Wood was starring in a little zombie movie called Cooties — but trust me, you know nothing until you see this. On Wednesday, the first trailer for Cooties debuted, and it's proof that this movie may be even more ridiculous than it sounds. Luckily, it's ridiculous in a very good way!

Cooties stars Wood as a teacher at an elementary school which is plagued by what's seemingly a zombie virus. I mean, it turns out to be more like a condition that just transforms kids into ravenous, mindless, skin-crawling killers — but zombies are close enough. The virus was transmitted through bad chicken nuggets in the cafeteria, and it only affects those who haven't gone through puberty. Good news for the teachers, I guess...although that leaves them barricaded in the school while these creatures are running wild and looking for their next lunch. And there's lots more to love about this movie, including Rainn Wilson (Dwight from The Office ) as the cooky gym coach and Alison Pill from The Newsroom as another one of teachers stuck in the worst Monday of their lives.

The film hits select theaters and VOD on September 18, and it should be an insane ride. Watch the footage from the new zombie extravaganza below. 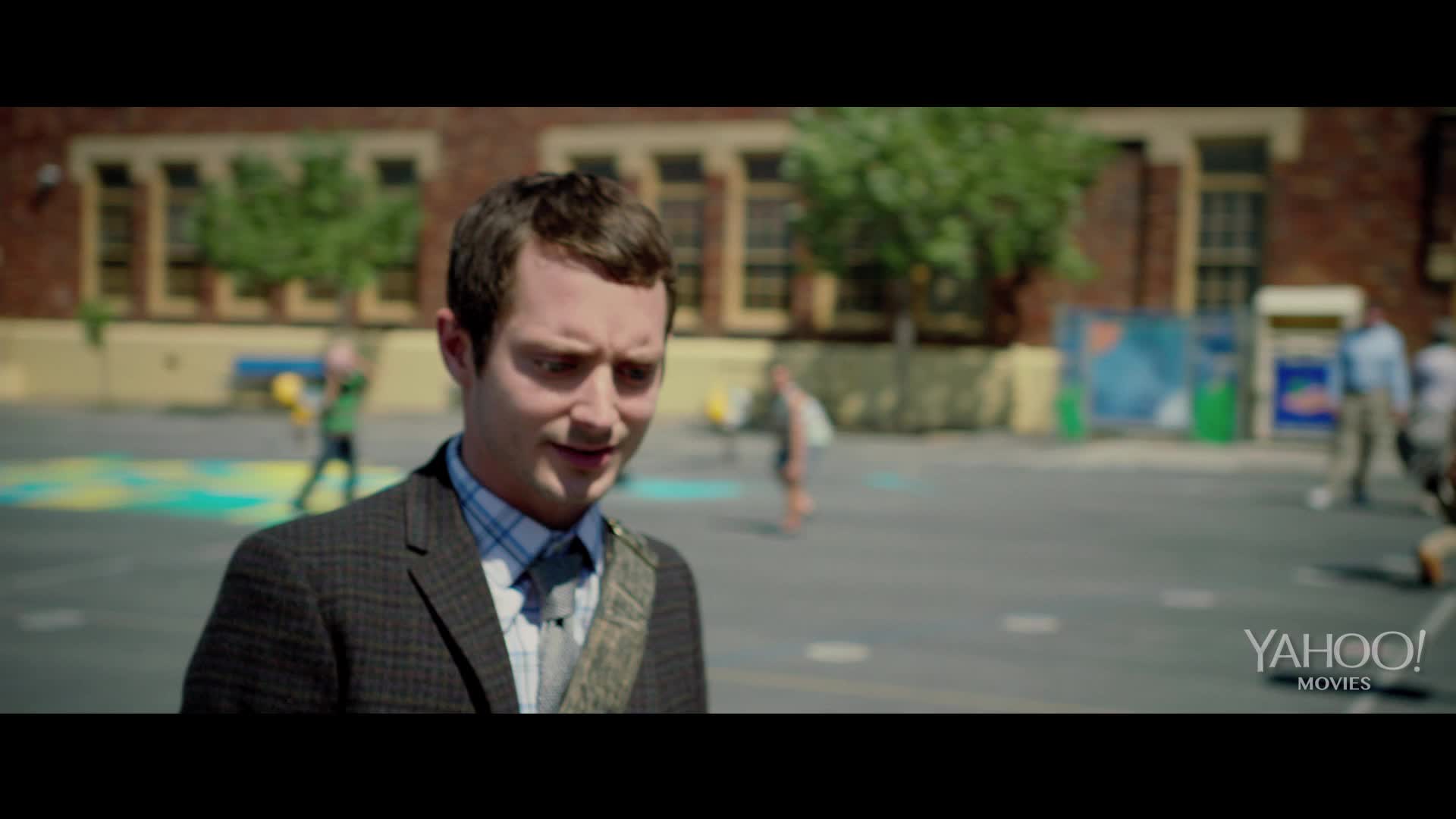 Now let's break down some of the craziest moments.

Leave it to elementary school kids to think a zombie epidemic is actually cooties. I wonder if all little kids think that's how it works. If so, no wonder some boys are terrified of girls.

2. Rainn Wilson Plowing Through A Herd of Zombie Kids

If it wasn't amazing enough that Dwight takes over the role of school coach, it's even more delightful watching him mow down a preteen to escape the ravenous chompers of these lil' beasts.

3. Only Pre-Pubescent Kids Can Be Zombies

Now, this is one plot point I can't wait to see the screenwriters explain: The only people who are susceptible to the zombie virus are kids who haven't gone through puberty. Hmmm. Interesting. Perhaps there's some chemical in the zombie chicken nuggets that only reacts when it comes into contact with these miscreants? Who knows.

4. The Name Of This High School

Is it appropriate, a hilarious coincidence, or just bad writing that the Fort Chicken elementary school shares the name of the food that wrought this epidemic?

Here is where the Cooties trailer takes on a 22 Jump Street vibe in directly referencing the suiting-up montage that happens in every '80s/'90s movie. Specifically, "This is that moment." (Although, you gotta love how one of the teachers is wielding the band room cymbals as her weapons of choice.)

This is the ultimate showdown: A band of misfit teachers having the worst Monday of their lives, and an army of zombie kids. Who do you think will win?

7. The Cymbals In Action

Surprisingly, cymbals are actually great for beating multiple zombies out of your path with one firmly placed swing.

Wilson plays a character that I just might like more than Dwight. I'm not entirely sure, yet — I'll have to wait until September to see him in action — but his eagerness to set a cage full of zombie kids on fire is entertaining.