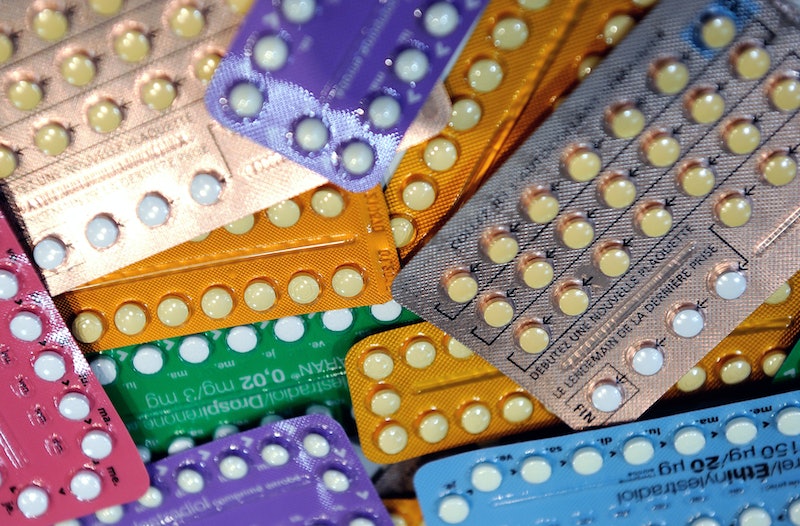 Some of us experience side effects from birth control pills, like nausea, dizziness, and a change in appetite—but a stroke? Yes, if you read the labels closely enough, blood clots are a side effect, too, and can cause strokes, coma, and even death. Strokes occur when blood flow to a certain part of the brain is cut off.

According to ABC7 (WABC) in New York, two months ago, Jordan Ward, 26, had blurred vision, migraines, and vomiting, amidst planning a June wedding. Her fiancé insisted she see a doctor—and it saved her life.

However, when she first went to the ER, she was sent home with a diagnosis of suffering from migraines. But, when the symptoms continued, she returned the next day and a CAT scan showed a large blood clot in her brain, blocking a network of veins. They said she had a type of stroke called dural sinus thrombosis—yep, from birth control pills, hormones containing oral contraceptives. And, yes, strokes are usually more common in people decades older than Ward. Ward told ABC7 (WABC) in New York:

“The brain swelling can become severe enough that somebody can be thrown into a coma,” said Dr. George Teitelbaum, the medical director of the Providence Neurovascular Center. “They can even die from this.” He warned that oral contraceptives with hormones not only increase the risk for blood clots, but if someone smokes, like Ward did, they do even more so. He also said to limit alcohol intake and to stay hydrated.

Ward’s clot was removed during an endovascular procedure and she returned home eight days later with no neurological aftermath. Ward was very lucky, as the National Stroke Association says that over two-thirds of people will have some kind of disability following a stroke.

According to the Centers for Disease Control, the oral contraceptive pill was the number one method of contraception in the U.S. during 2006-2008, used by 10.7 million women.

They are also pretty obtainable—and free—at walk-in and Planned Parenthood clinics. But, free comes with a price. Ward encourages women to talk to their doctors about birth control risks.

“You should not take Ortho Tri-Cyclen if you have any of the following conditions: uncontrolled high blood pressure, heart disease, a blood-clotting disorder, circulation problems, diabetic problems with your eyes or kidneys, unusual vaginal bleeding, liver disease or liver cancer, severe migraine headaches, if you smoke and are over 35, or if you have ever had breast or uterine cancer, jaundice caused by birth control pills, a heart attack, a stroke, or a blood clot.”

That's encouraging. I actually stopped taking birth control pills a few years ago due to several, endless ill side effects like nausea, vomiting, and headaches. So, make sure you're aware of what the pill is doing to you, too, and monitor your side effects. After all, there are plenty of other birth control methods out there.

According to the National Stroke Association, primary stroke warning signs to look out for spell out FAST:

Ward credits her fiancé for saving her life. “I would just want people to really read those label signs,” Ward told ABC7 in New York. “Listen, dig deeper, try to gain an understanding, because you could save your own life.”

Ward will still get married this June. I’d say that her being stroke-free is the best wedding gift she's received.