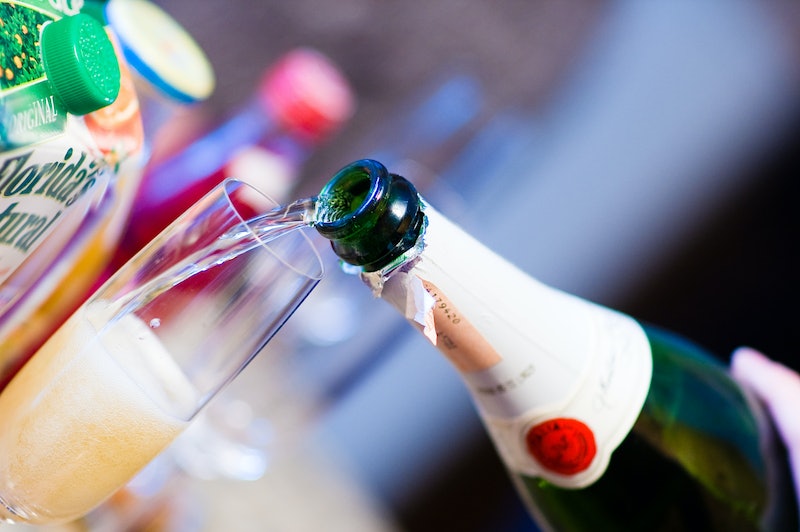 One of the sad truths about adulthood is that simple tasks suddenly become harder the older you get — your ability to day drink as a full-fledged grownup is way less adept than when you were a young, care-free 20-something. That's because as we get older, so too do the livers that have put up with our unsightly shenanigans since we took that first sip of Aunt Joan's cab during Easter brunch. This golden organ, and our first line of defense against the proms, spring breaks, work happy hours, and break-ups that have lent to just a little less sobriety over the years, is an absolute trooper. But let me tell you: it always knows when enough is enough.

By the time you hit 25, maybe 26 if you're lucky, it's through with your games, and refuses to show up to the after-party with fresh-baked cookies and spring rolls the way it once did. The hangovers get to the point that you have singular moments of clarity as to exactly what "death warmed up" truly means, and a good amount of the day after is spent stuffing whatever unhealthy food happened to have been within a one mile radius of your apartment into your mouth. Needless to say, a full day of drinking is a challenge at best. The one benefit you have on your side is that with age comes wisdom. Here are seven differences between day drinking at 20 and 30 respectively.

1. Your timeline is just slightly skewed.

2. The older you get, the more your hours are spent pacing yourself so that you don't end up passed out mid-afternoon.

You know what they do to fallen soldiers — especially when they leave their socks on. *shudder*

3. When you're 30, you might actually have a real job that requires real attention the next day.

You're crunching premeditative numbers in your head whilst Sara and Jeff make out on the sofa next to you. Ah, to be young and unencumbered.

At 30: Caffeine keeps me conscious, wahoo!

6. Drinking games become a spectator sport, reminding you of terrible mistakes past.

You secretly feel smug, not only because you're over it enough not to feel like you're missing out if you don't partake, but because, based on your observations, the beer pong gold medal remains safely yours.

7. Being drunk, beer-goggled, and bloated in the hot day's sun simply loses its appeal once you hit a certain age.