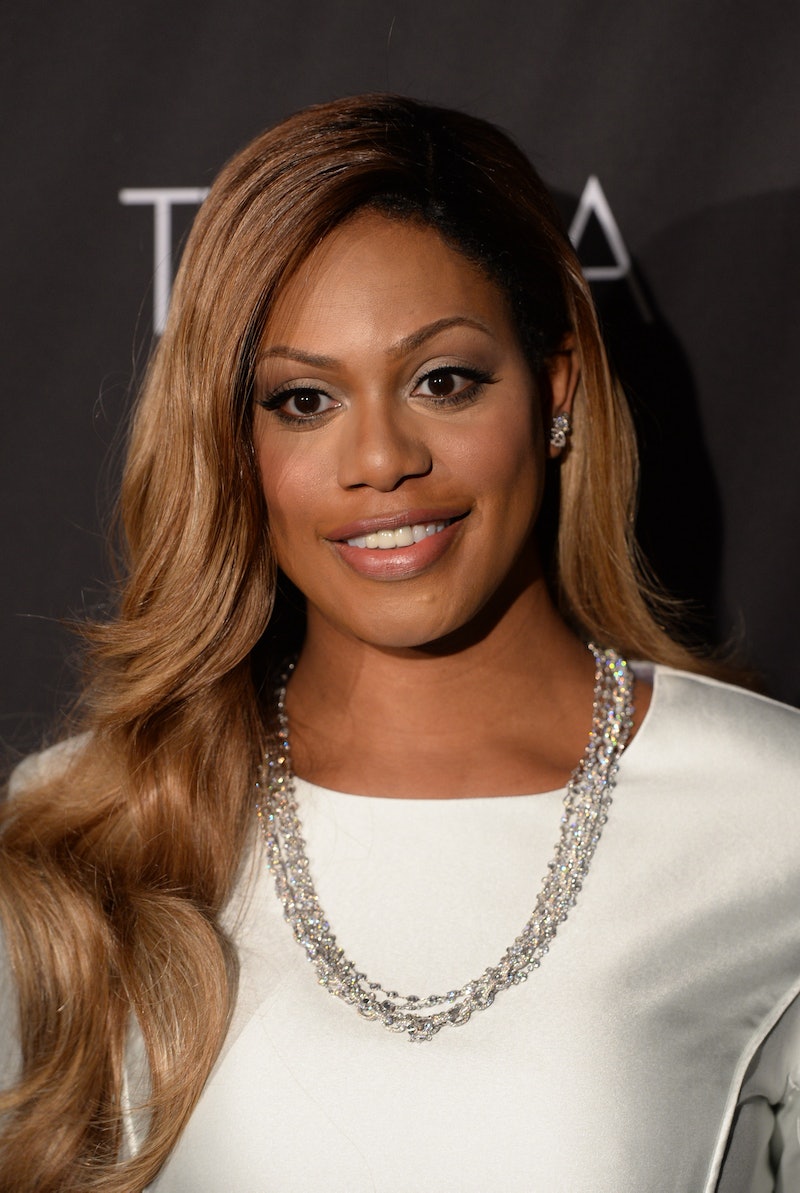 Red Nose Day is important for a bunch of reasons — who loses when Hollywood comes together to make people laugh to help children living in poverty? And now, it just got ten times better. Ahead of the special airing on NBC at 8:00 p.m. ET on Thursday night, the Orange is The New Black cast created a Red Nose Day sketch, and it's amazing. An all-female parody of Reservoir Dogs, Reservoir Bitches features many of my favorite Litchfield prisoners comically arguing over code names for a top secret mission. At first glance, it seems like everyone's there: Danielle Brooks, Samira Wiley, Yael Stone, Dascha Polanco... everyone but Laverne Cox. Wait, where is she? Unfortunately, Laverne Cox is missing from Reservoir Bitches, but the good news is that she's probably off somewhere

Cox hasn't commented on why she didn't participate in the filming, but depending on when the sketch was made, there are a few places she could have been. Most likely, she was busy filming Doubt, the new CBS pilot where Cox plays a transgender attorney, which, for obvious reasons, is going to be amazing. Cox has had to cancel events in the past, like a speaking engagement at the University of Alabama in favor of working on her new show, so it wouldn't be surprising if that's what happened here, too. It's a bummer that she wasn't in the sketch, but totally good with me if it means we get more of Cox on TV, especially in what will obviously be a groundbreaking series.

And if she wasn't missing to film Doubt, she was probably at a flashy event — something Cox has been doing a lot these days. It seems like she's been invited everywhere, from literally hanging out with the president to presenting awards to Taylor Swift at the Billboard Music Awards. Seriously, how do I insert myself into this photo?

Most recently, Cox honored OITNB creator Jenji Kohan and Grey's Anatomy and Scandal mastermind Shonda Rhimes at the Feminist Majority Global Women's Rights Awards sporting a hot pink dress and an Elsa-esque side braid. So yeah, tracking her down to film a sketch? Looks pretty much impossible.

And speaking of that Red Nose Day sketch — If you haven't seen it, please stop everything you're doing and watch. It will be the best minute and a half of your day.