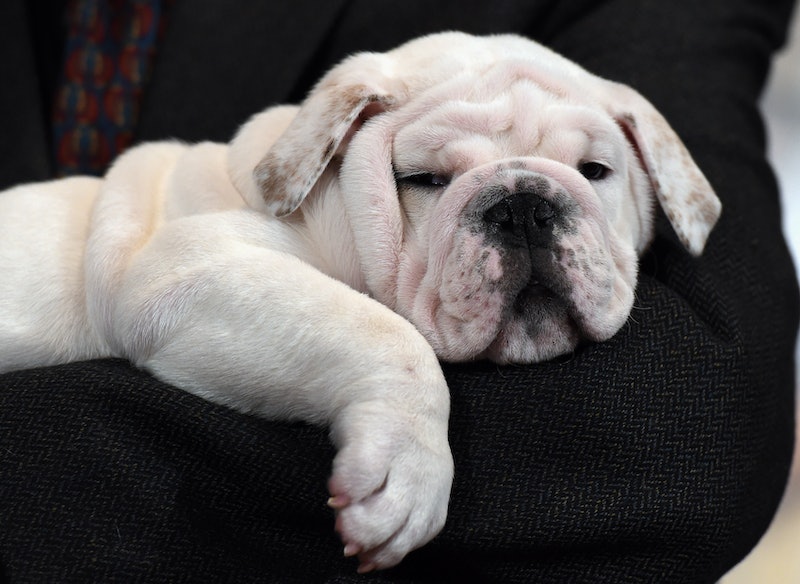 If you're a dog owner, this is an important story for you — according to The Washington Post, a strain of canine flu (H3N2) is making the rounds, and it's a good idea to learn a bit about it to make sure your furry friend is protected. So here's the situation: The dog flu outbreak has spread to 12 states so far, and the Centers for Disease Control (CDC) are taking the situation seriously.

There's nothing for you to worry about, and that's a relief, According to the CDC, there are no reported cases of dog flu being transmitted to humans, unlike the hotly discussed H1N1 swine flu that's been trouble in recent years. It's also important to note that the dog flu has a wide range of symptoms, with varying degrees of severity on a case-by-case basis — just like when humans have the flu, basically. A dog infected with H3N2, according to the CDC, could present no symptoms whatsoever, or might exhibit a runny nose, fever and cough. According to the Chicago Tribune, the H3N2 virus outbreak has sickened more than 1,700 animals in Cook County since last month (cats are also potentially at-risk for H3N2).

The states that have recorded case of dog flu are as follows, as detailed by the Washington Post: California, Alabama, New York, Wisconsin, Michigan, Texas, Massachusetts, Iowa, New Jersey, and Indiana.

If you're wondering how to protect your dog from potential infections, there are some common sense precautions you can take. For an obvious example, the flu is much more transmissible if many dogs are packed into close quarters, as in a shelter or kennel. It's also prone to cross-state transmission when people take their dogs on vacation with them, as veterinary medicine professor Keith Poulsen told USA Today.

The virus spreads from nose to nose (or direct) contact between dogs. As people travel and expose dogs to other dogs with the virus, they will bring the virus back to their hometown. This is how the virus has spread from the Chicago area to Wisconsin, Iowa and Texas. Similar to how respiratory disease spreads at a daycare or airport — people sneezing and coughing on each other.

Poulsen pegs the mortality rate of H3N2 at 2 to 3 percent, a mercifully low number. Just as with human sufferers of the flu, in the worst cases, pneumonia, a dangerous irritation and fluid congestion of the lungs, can set in.

Basically, if you're traveling to a place that's beset by dog flu, it's probably best to leave your little buddy behind in a non-kennel setting — maybe hire a dog-sitter? According to CNN, there aren't any surefire vaccines available for the virus — the one that's available is for the H3N8 dog flu strain, and it isn't known whether it provides any protection against H3N2 — so the best protection is to minimize chances for your dog to be exposed. Hopefully the outbreak dies down soon, and all the doggies out there can play risk-free. After all, beach season is fast upon us.