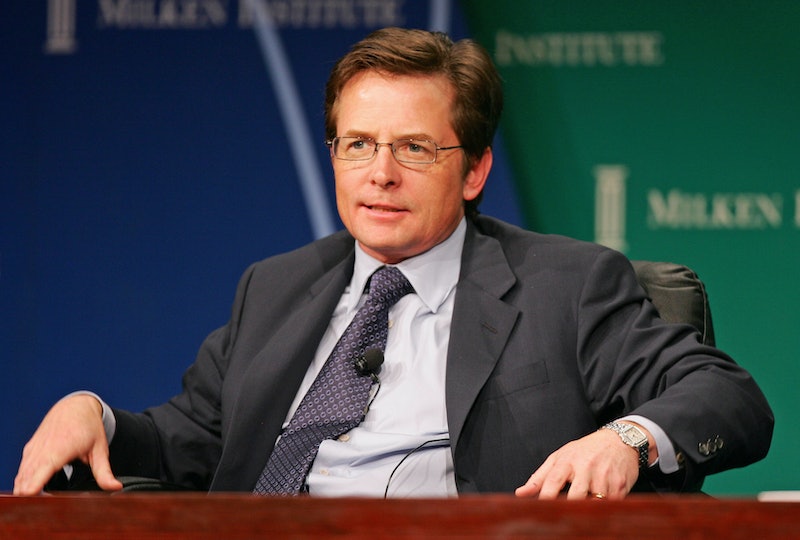 Like most third movies in a trilogy, Back to the Future III has sort of a murky reputation among fans and movie critics alike. As a trequel, it repeats almost every gag we've seen in the previous two movies. As its own movie, it's... what, some kind of Western rom-com? But thanks to the charm of one Marty McFly and a singular ZZ Top cameo, I still regard it as a decent movie, and it's hard to believe 25 years have passed.

And if those movies taught me anything, it's that time changes everything, or the more things change, the more they stay the same, or nothing ever changes, or something about not letting your rage control your judgement. Whatever it taught me, obviously the cast has changed considerably since the last Back to the Future installment. Twenty-five years will alter a person, I think it's fair to say the movie taught me that.

So join me on this new adventures, dear readers. Let's get in our respective Deloreans (i.e. pull up Google) and see what the cast of Back to the Future III is up to now.

Aw, how can you not love this guy? Fox left film around 1996 and starred on the hit sitcom Spin City for four years, nabbing a Emmy in 2000. He also had a memorable turn as a guest star on Scrubs in 2004, playing a surgeon with severe OCD. It would be fair to assume that Fox was able to channel his real life experiences into that role, having his own struggle with Parkinson's disease.

But he's fighting the good fight. Though his 2012 sitcom, The Michael J. Fox Show, only lasted one season, he's still doing philanthropic work with his charity, the Michael J. Fox foundation.

The Doc didn't go onto huge blockbusters after Back to the Future... big films, yes, but not cultural monoliths. Still, he reprised his role of Uncle Fester in the Addams Family Values, put out 20-some-odd films between now and then, most recently playing Kroenig in the 2014 Sin City sequel

TV-wise, Lloyd appeared on Fox's sitcom, because what are friends for? And oh! It looks like he recently lent his distinctive voice to The Simpsons in the episode "My Fare Lady."

Girl did well for herself! You may recognize her for playing Will Ferrell's stepmom/mom in Elf AND Step Brothers, respectively. And I've never noticed, because she's long shed that distinctive jheri curl.

Oh, she also has a bit part as Pornstache's mom on Orange is the New Black.

The last I remember of Biff is that he was Coach Fredericks in Freaks and Geeks, and that was back in 2000. He's had plenty of bit parts since then, but the most intriguing part? Wilson's gotten into some voice acting, with parts in Adventure Time and the most recent Spongebob movie, Sponge Out of Water.

Thompson has entertained a light acting career over the past 25 years, and she's still at it now. She's been starring in the ABC Family series Switched at Birth since 2011. Yay for job stability!

Marty's girlfriend... the second one to be cast... starred as herself in Hamlet 2, which is a telling statement about her post-Back to the Future career. But things have been brighter more recently... she's starring as Julie Finlay in CSI: Crime Scene Investigation.

Flea was in Back to the Future III as Needles in the end of the film! Never forget!

Oh, and he's still in The Red Hot Chili Peppers.