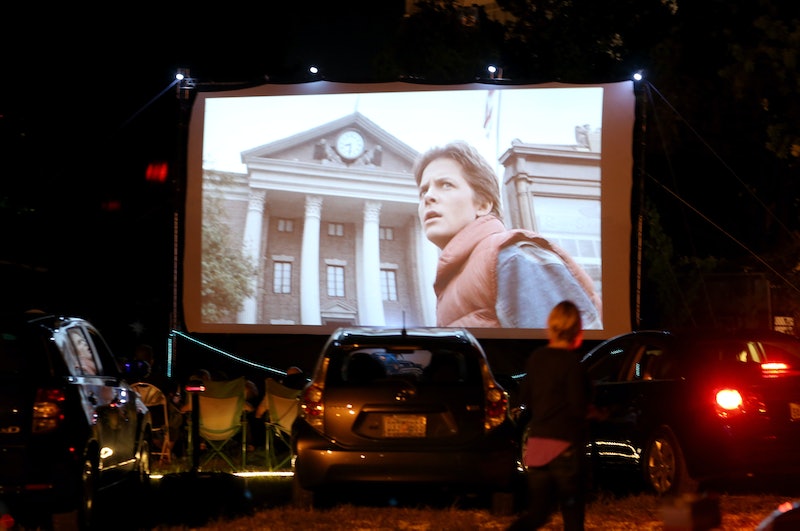 After loads of memes tried to trick us, we've finally made it to the year Marty McFly travels to in Back To The Future II. But before you start picketing Toys R Us and demanding your hover board, remember — he travels to October 2015, so we still have over nine months to get it right. Last year (you have to make that joke at least once), Newsweek asked "futurists" to break down Back To The Future II's accuracies and inaccuracies about 2015. What is a futurist, you ask? They aren't fans of Back to the Future or its sequels, if that's what you're thinking. A futurist is professional scholar of the future and how we can prepare for it. I wonder if they procrastinate a lot. Get it? We made it through 2001 without going on any Space Odysseys, but this will probably be different. Definitely check the panel discussion out. It's fun to see so many scientists talk seriously about a cult movie. What did the scientists discover? Mostly, what the movie predicted well was some general trends about, well trends. Our obsession with immersion and age defying beauty techniques, for example. The specifics of technology, on the other hand, aren't quite like the movie imagined.

The futurists pointed out that the movie does accurately predict flat screen televisions and, in a sense, Siri. 3D movies are better quality, thank goodness. We still have lawyers, which Glen Hiemstra remembers were outlawed in the movies. They pointed to the 1980s "nostalgia cafe," which is so accurate that it pretty much explains why we're fixating on this movie in the first place. I'm still waiting for the soap opera that you can participate in — remember that from the Ray Bradbury novel Fahrenheit 451? They discuss our culture's lifelong desire for flying cars, which apparently aren't so big of a dream. I think the self-driving Google car is more of an achievement, to be honest. One thing the scientists point out is how much more important climate change is in our lives than we used to think.

In some ways, we've already made it. McFly's light up, self-lacing sneaks already exist. You can even buy a hover board, if you started saving months ago. The question is, can it tread water? As Michael Rogers said, toys that defy gravity are unlikely because "in 2015 we won’t even have a complete theory of gravity."

What we thought the present would look like back in the 80s is pretty revealing, however I think we need to stop comparing our reality to this one example. I know it was flashy and fun, but also pretty easily dismantled by Biff's insider trading. Let it go!

More like this
12 Years Ago, Austin Butler Manifested His Oscar Nom In This Disney Movie Scene
By Jake Viswanath
Sandra Bullock’s Razzies Speech Proves She’s The Ultimate Miss Congeniality
By Sam Ramsden
Anne Hathaway Shared A "Thrilling" 'Princess Diaries 3' Update
By Darshita Goyal
At 28, Debra Jo Rupp Was Living A Much Different '70s Show
By Grace Wehniainen
Get Even More From Bustle — Sign Up For The Newsletter